The Lion and the Wildebeest! Who Wins? 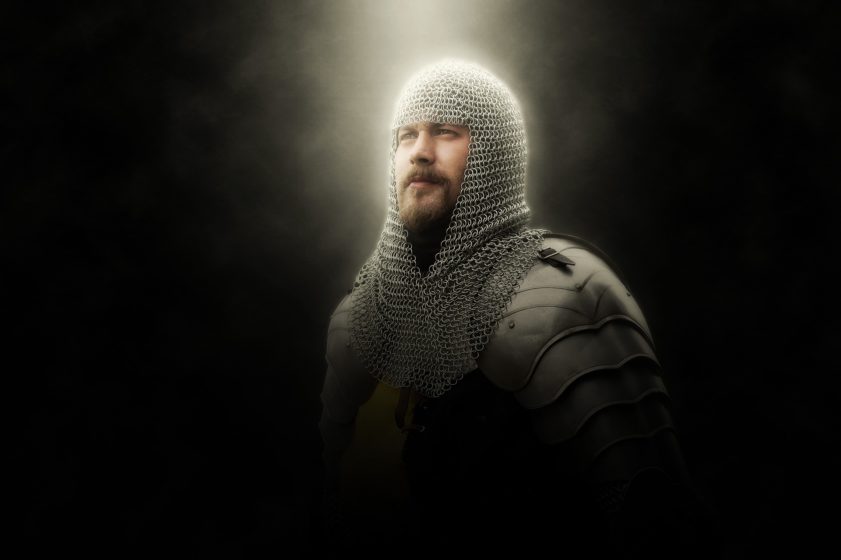 Have you ever felt just totally confused? I have! I didn’t know which way to turn or what to do. I call it being “befuddled!” I am not talking about physically not knowing which way to turn, although it could happen that way also. I am really talking about spiritually, mentally and emotionally being confused or bewildered.

Several years ago I read a book; actually, I even used it for a series of Bible Studies that helped me to understand this a little bit. Now if I can remember it when those times come and use it I will be alright. The book talked about the Roar of the Lion. Let me share with you some of the interesting things I remember from the book.

One of the fiercest of all the hoofed animals in the world is the Wildebeest. They are very fast and are also quick. Their hooves are deadly weapons against an enemy. They are so fierce that even the lion is afraid of them and will not bother a healthy wildebeest. Their greatest enemy isn’t the lion or the hyena. Their greatest enemy is a little fly!

When I read this, of course, it grabbed my attention as I hope it is grabbing yours. You were correct in what you read; a little fly is the greatest enemy of this terrific animal. This fly actually crawls down into the ear canal of the wildebeest and lays its eggs. When the eggs hatch, the maggots crawl even further into the ear canal. They begin to eat the brain of the animal from the inside. It isn’t long until this causes the animal to be in intense pain.

What will happen next is sad, but try and picture it. The wildebeest will be eating and all of a sudden the pain in its head becomes so intense it is like the animal goes crazy. Trying to get rid of the pain they will actually suddenly jump straight up in the air and then spin around in circles trying to get rid of the pain in their heads. After a few moments, they will resume their eating. Until this, all happen again and again. It becomes more frequent as the flies progress further and further into the brain.

Lions are predators and will lie around the herd of wildebeest. They remain just on the fringe waiting and watching. Because of the fierceness of the wildebeest, the lion will not attack a healthy alert one. So they wait for one that has become ill and weakened by the attack of the flies on their brain. When they have spotted an animal that repeatedly goes into a frenzy, they creep as close as possible, watching and waiting. Eventually, the wildebeest will come out of his frenzied spinning totally confused and dazed, even dizzy. This is the moment his enemy has been waiting for and with a roar, the lion launches himself through the air in an attack. The wildebeest is bewildered and befuddled. He is having a hard time standing. His world is spinning around. There is a loud confusing noise, a roar, but where is it coming from? He doesn’t know and then it is too late.

Let’s consider a couple of interesting things we can learn from this. We all know we have an enemy or adversary who is likened to a roaring lion, (1 Peter 5:9). Beelzebub is a Bible name for Satan. In fact, in Matthew 12:25 Beelzebub is called the Prince of devils and in Luke 11:15 he is called the chief of devils. The word, according to the dictionary, is a Latin word taken from a Hebrew word and means “Lord of the Flies.” In the Greek, Beelzebub means “dung-god.” In John 8:44 Jesus called Satan the father of all liars.

Now think of this. Beelzebub, the Lord of the Flies, comes to us and whispers in our ears. He tells us lies, whispering those little “flies” into our ears. God doesn’t love us or we would be experiencing so much pain. God doesn’t care what happens to us, He could change things if he wanted to. Go ahead and sin a little, it won’t hurt. God deserves it if you sin, He hasn’t treated you right. You can’t make it! You are a failure! You are a loser! Look at all the mistakes you have made! You aren’t worthy of God’s love! Do I need to go on? Do I need to say more? There are so many lies that come from “The Lord of the Flies.” Lies he whispers in our ears. Little flies that land and creep further and further into our minds. They lay their eggs in our minds.

These eggs lay there and eventually hatch. They begin to eat away at our minds. The lies grow and destroy. It steals our spirituality, our faith, our hope and finally our life. It is just as Jesus said, the thief comes to steal, kill and destroy. That is just what Beelzebub is trying to do. The pain becomes intense, to the point it is unbearable. We are bewildered. We become confused. We are disillusioned with everything. We are dizzy, dazed and befuddled! Then in the midst of this, the devil roars “like” a lion. We don’t know where the roar is coming from and we give up on his attack.

So what do we do? How can we prevent this from happening? I will have to admit I don’t have all of the answers; however, I have tried a few things that I will share with you very briefly. At a later time, I will go into more detail. The first thing we must do is to resist the devil and he will flee from us (James 4:7-8). We must realize God did not give us the spirit of fear, but of love, power and a disciplined mind. (2 Timothy 1:7) Put on the whole armor of God. Stand against the wiles of the devil. Romans 12:1-2 tells us to renew our minds. Use what God has given you to protect yourself and to fight the enemy. Understand that you are in spiritual warfare (Ephesians 6:11-18). The Psalmist said with the praises of God in our mouth and a two-edged sword in our hand we can conquer or enemy. When you are singing the songs of redemption and exaltation of Jesus Christ you have power with God (Psalms 149-`50). Read the Word of God! Love the Word of God! Sing the Word of God! (Ps 119:165). Sing praises with your sorrow. Yes, you can be sorrowful, you have been hurt! However don’t hang your praise on the willow, pick it up and worship and praise God in your sorrow.

Just a few thoughts I hope will help someone. One passage to end with is Psalms 27:1-5. I noticed David said he desired to be in the house of the Lord, more than anything. In our time of trouble, He will hide us in His pavilion. The pavilion, also known as a tabernacle, was located in the center of the encampment of the army. This is where the king slept. For the enemy to get to the king they had to pass through the whole army. What incredible protection this provided. God is promising in our troubled times we will be hidden in the center of His protection (Psalms 31: 19-20; 34:7).

We are equipped to overcome! We have his love and power. We are the beneficiary of His provision and trust. All things are on our side to ensure my victory. I just need to shoo away the flies and ignore the roar of the lion!

I am a 4th generation Pentecostal preacher. I have been in the ministry for 38 years. I have pastored for 25 years. Currently I am evangelizing. I am the founder of TEAM Ministries which means Together Experiencing Apostolic Ministry. I am married, 34 years, have three children and three grandsons. I live in Conway, AR. I believe it is the desire of God to heal the broken hearted, deliver the captive, open the eyes blinded by lifes issues & liberate those that have been bruised & do it today