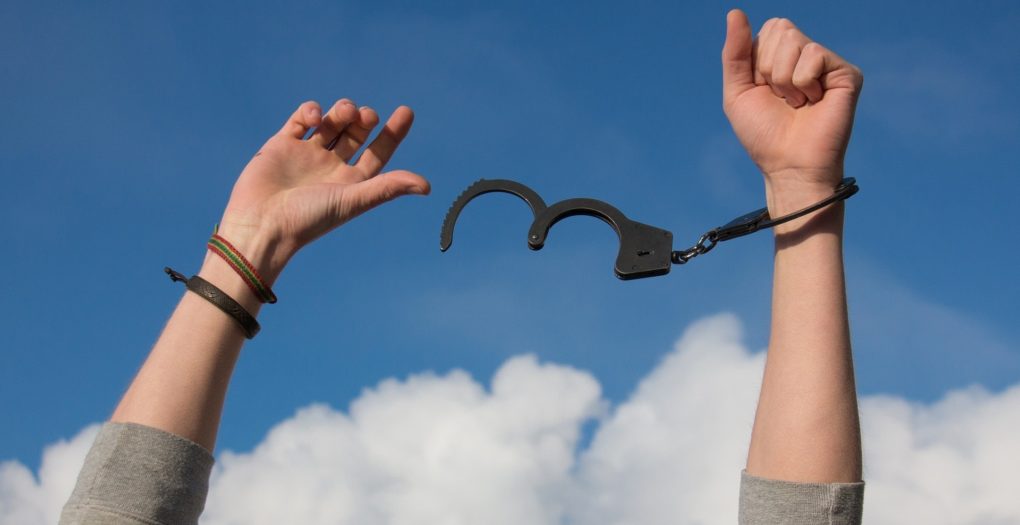 Before I started posting articles and blogs here, I wanted an opportunity to explain myself and give a brief testimony – or as brief as I can.

First of all, I grew up Pentecostal, more or less. My grandparents were founding members of the Apostolic Faith Church – now North Pleasants Apostolic Tabernacle – in St. Marys, WV, which was initially founded by Chester Dayoff. My grandparents gave birth to seven girls and four boys, one of those being my father.

My father met my mother while he was stationed in California while in the U.S. Marines. They had me, he was honorably discharged, and dad moved us out to St. Marys. We attended church probably until I was four, but my grandma would still bring me to Sunday School. Eventually, I stopped going, preferring to do the things that little boys do.

Eventually, my dad got his act together and we started going back to church when I was 10 and I received the Holy Ghost shortly after that. My mother, not having any Christian grounding, decided she couldn’t handle our church. That, and for other reasons, is why my parents divorced when I was 11. I decided to stay with my dad.

I was active in various church activities, but being young and having an independent streak, I tended to do my own thing. I was spiritually immature – something my Pastor realized but I was too overconfident to see. Against his advice, I moved away and started attending a sister church in the same town I was going to college. I could have driven easily back home for church, but I didn’t want to.

I sang and was active, but my independent streak, coupled with the new ideas I was putting in my head, added to my rebellion. I left that church for another Pentecostal church in town. Due to experiences there, some my fault and some their fault, I left the church and Jesus altogether. That was in 2004.

I slipped into a very selfish lifestyle: doing what I want, saying what I want, drinking what I want, etc. I wanted nothing to do with God, I cursed His name, I spoke ill of the church in general. I was a terrible person who used people. I was mistreated people all the time.

During this time I was successful. I had risen to managing editor of a newspaper, and I was a reporter and news anchor for a six-station radio network. I had a beautiful apartment, friends who I’d drink with every weekend or smoke weed with. I had women over for the night several times. I was living the life, all trying to forget what I came from.

Well, I lost both jobs, I lost the apartment. I was sleeping on an air mattress at a friend’s and working retail. I was down, but I was determined to hold on to my selfish kingdom. I was going to be promoted at work and I had an apartment to move into. I decided to return home to St. Marys to visit.

That visit changed my life.

When I’m in town I visit the church I grew up in, mostly out of obligation. But I always kept my distance from everyone. I went to Thursday night Bible Study. The pastor taught about how people, even those in church, may think they know God, but may not in actuality know Him. It hit me: I never knew Him. I never let Him get close because I valued my independence. As a result, I ran away from God based on what I thought I knew.

I spent the weekend pondering that thought; that I didn’t know Him at all, I didn’t know Jesus. I began to wonder what would happen if I decided to quit running and give Jesus a chance, get to know Him. That Sunday night I didn’t wait for the altar call. I ran and all the guilt, all the filth, all the selfishness, all the crimes, all the iniquity, all the independence, all the grudges…I left all those things at that altar, along with tears. After rising I embraced Pastor and repeatedly sobbed “I’m sorry.”

After that Sunday, I decided to move back to St. Marys. I turned down the job promotion; I turned down the new apartment. I sold the van since I was driving without a valid license, registration, or insurance. I moved back to St. Marys on a Tuesday, went to youth prayer and Thursday night Bible study, and by Friday I had a job waiting for me as a reporter for a local newspaper.

Since Jesus took me back on Sunday, Sept. 21, 2008, I haven’t looked back. I have separated myself from my bad habits; God has changed me completely, giving me victory over my sin. Each week I have gotten stronger. God has spoken through me and moved on me in ways he never did before. He’s even reaching into my dreams. God is using me again, whether to mop a floor at church, singing in the choir, or writing here on this site.

Jesus is amazing, and I wish everyone would just truly surrender to Him. Taste and see that the Lord is good.

The core of the Christian Life

To God be the Glory! The Story and prayer of a backslider!

The Genealogy Of Jesus Christ

I�۪m a 26-year-old, Oneness Pentecostal, workaholic, old-fashioned, bass-playing, open-minded humanitarian. After leaving the church I was raised in in 2001, then leaving God completely in 2004, I came back to Jesus. I was randomly visiting home when God decided to try one last time to break through the wall I had built up around my heart. Despite running away from him for years, and even considering myself a borderline atheist, he broke through. That was Thursday, Sept. 18. On Sunday, Sept. 21 I repented of my sins and was refilled with the Holy Ghost.