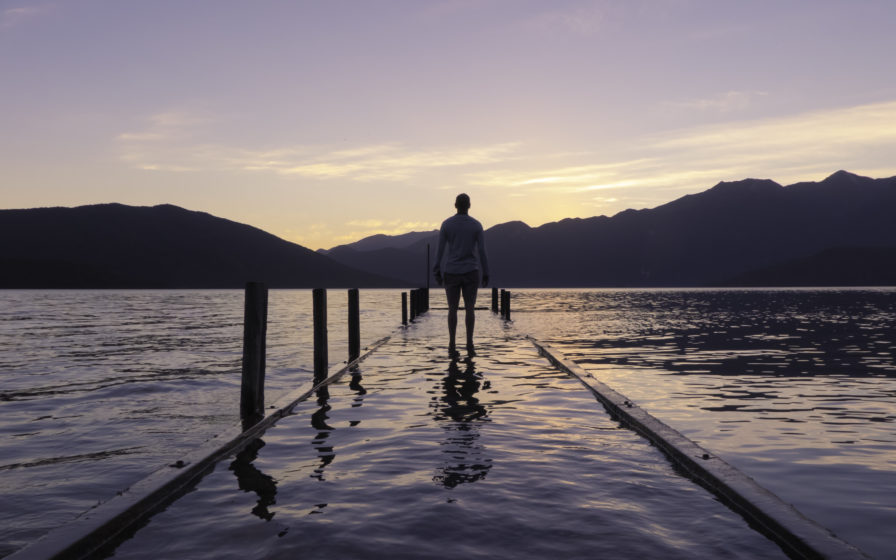 A. Many commentators feel that one of the great miracles in the book of Jonah is that Jonah remained alive in the belly of the fish.

1. Some go to great lengths to prove Jonah had plenty of oxygen for the three full days he spent there.

“One peculiar feature of construction, till recently unknown, is that in the lower extremity of the great windpipe there is an immense laryngeal air chamber for fresh air, which is indispensable to respiration, and in this air chamber a man would have ample room to rest and pray and sleep without any discomfort and inconvenience. Every time the animal rose to the surface the atmosphere of this

chamber would be renewed. Hence the prophet would be afforded means of healthy respiration, as though he were in an ordinary dwelling.”

If this statement is true – and we have every reason to believe that it is – Jonah knew air-conditioning long before it came to the rest of the world!

B. The real miracle in Jonah is not that he remained alive but the miracle is far greater, namely that Jonah died and after three days arose from his grave in the fish’s belly.

I. All the efforts to prove the possibility of a man surviving in the belly of a whale is useless.

2. That Jonah died is clearly stated in our text.

C. These two places are not the same or the Holy Spirit would have used the same word in both places.

1, when he prayed in verse 1 he had just been swallowed and was still conscious.

2. But he didn’t survive long and soon after he was praying out of the belly of hell (sheol)

3. Tn verse 1 the Hebrew word for belly is mean and means an abdomen.

4. But in verse two the word belly is beginning an means “a hollow place” – Out of the hollow place of sheol I cried.

C. Sheol in the O.T. without any exception is used to describe the place of the dead – the place of departed spirits.

1. Sheol is the place where the souls of people went upon death before the coming of the Lord Jesus and His resurrection.

2. whenever the word£sheol or hades are used in the Bible they refer to only one thing, the place of the departed dead.

3. In our King James Bible, the words sheol and hades have been translated hell and the grave.

4. The revised translations have corrected this fault but King James has led many untrained believers astray.

D. The soul of Jonah went into sheol while his body rested in death in the belly of the fish.

1. Sheol according to Jonah is located at the bottom or roots of the mountains (2:6)

2. Because Jonah went to sheol and Christ also descended into sheol we must consider what the Bible teaches on this subject.

II. What is Sheol anyhow?

A. Two words are used to describe the place of the dead one is in O.T. and one is in the N.T.

1. The Hebrew word is sheol, the Greek word is hades.

4. The word used for hell in Luke 16 is Hades it is the temporary abode of the departed.

B. Notice that the rich man and Lazarus went to the same general place.

1. They could see each other and converse with each other but they were still separated and their condition was different.

2. Lazarus was in a place of comfort and rest while the rich man was tormented.

3. This place called Hades was divided into two separate compartments, one for the unsaved dead and one for the believing who had died.

4. On one side the saved enjoying bliss and joy on the other side the unsaved in torment.

C. Notice both are conscious after death – this certainly puts to death the Seventh Day Adventist teaching of soul sleep.

1. Some try to argue this is a parable, but even if it were would Jesus teach something that wasn’t true.

2. Jonah too was conscious for we find him crying out to God from the belly of sheol.

3. Jonah was conscious after death for unconscious souls cannot pray.

III. It is a Place of Remorse

A. Rich man pleads with Abraham to warn his brothers not to come to this place of torment.

1. He has remorse not only for being there himself but for not having warned his family.

2. It is evident from scripture that death does not end it all but rather brings us into a place of Judgment (Heb 9:27). It is appointed unto man once to die but after this the judgment.

B. If death was the cessation of existence there would be no point whatsoever in judging dead people.

1. The soul must be alive in order to be judged.

2. That’s why it is ridiculous to commit suicide; what good does it do to try to escape misery only to make it worse.

A. Everything that happened to Jonah parallels the experience of our Lord Jesus Christ.

1. Jonah was even a type of Christ in the fact that He was ingested by the fish but not digested.

2. In Psalm 16:10 it was prophesied of Christ that “thou wilt does not suffer thine Holy One to see corruption.

4. The story of the gospel is the fact – after three days both arose to proclaim their victory over death and to share that good news with others.

5. The message of his death and resurrection brought repentance and faith to the entire city of Nineveh.

6. The message of Jesus’ death and resurrection has brought faith and repentance to the entire world.

7. In both cases, people had to receive the message and confess their faith. It must ever be a personal experience.

B. Have you placed your faith and trust in Jesus Christ as your Savior and Lord? according to Acts 2:3 8.

If not please consider doing that today.