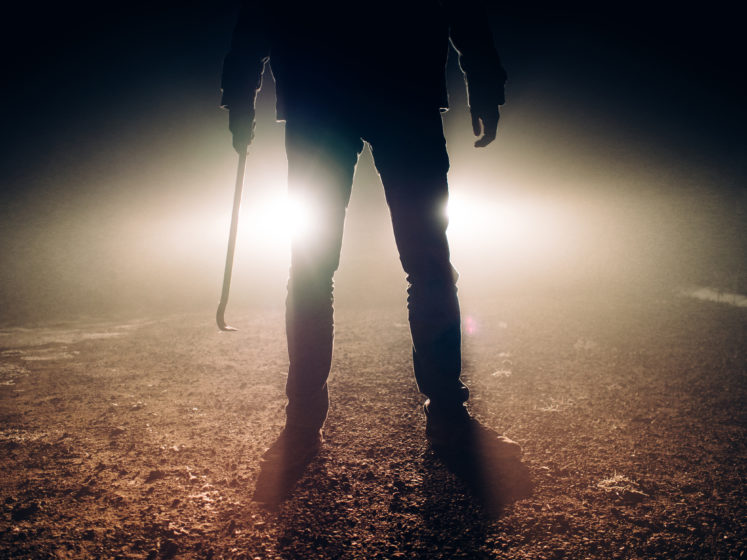 John 20: 1. The first day of the week cometh Mary Magdalene early, when it was yet dark, unto the sepulcher,

Notice it said while it was yet dark, something tells me that her Jesus was the first thing on her mind at the beginning of each new day, she started out early not even waiting for the Son/sun to rise before she was on the move

2. Then she runneth and cometh to Simon Peter, and to the other disciple, whom Jesus loved…

3. Peter, therefore, went forth, and that other disciple, and came to the sepulcher.

Mark 16:3. And they said among themselves, Who shall roll us away from the stone from the door of the

sepulcher?4. And when they looked, they saw that the stone was rolled away: for it was very great.

Wow! all they had to do was think and begin to act on that faith and the answer was on its way. Notice they stepped out in faith not hindered by the fact that there was a heavy stone yet to be dealt with.

Could it be that the Lord moved the stone for their benefit when he saw them coming and heard their question?

For as far as Jesus was concerned all he had to do was walk right through the stone and out of the cave no need to remove it? The lesson here?

No matter how great the obstacles he is able! If we do our part he will do his part!

Luke24::4. And it came to pass, as they were much perplexed thereabout, behold, two men stood by them in shining garments: 5. And as they were afraid, and bowed down their faces to the earth, they said unto them, Why seek ye the living among the dead? 6. He is not here but is risen

Hum interesting question! I wonder if some of us are still looking for Jesus among the dead? We won’t find him in dead, dry worship services.

In dead and routine religion, in dead traditions and empty rituals.

Some people expect to find Jesus among those who joy in their sin and perverted revelry rather than in the tabernacle of praise and worship.

In the tents of holiness or in the midst of a heart full of love, and yet others want to find him in a cross they wear on their neck rather than bare on their shoulders.

Some want to find him in idols, icons, and candles rather than in their hearts and homes.

But you won’t find him among the dead or hypocritical ! because he is alive and real..

9. For as yet they knew not the scripture, that he must rise again from the dead.

10. Then the disciples went away again unto their own home.

Ah, notice this they went home not recognizing the amazing miracle in their mist!

And that’s just like some folks they are quick to let circumstances and situations dictate their actions and fate.

They are quick to go back to the old way, quick to give up and go back home.

Blinded by doubt and fear, loss and discouragement.

But look at Mary she refuses to go away, to give up, to lose hope, notice she was still looking? What was she looking for? A miracle? An answer to her hopes? to her dreams? to her prayers?

11. But Mary stood without at the sepulcher weeping: and as she wept, she stooped down, and looked into the sepulcher,

12. And seeth two angels in white sitting, the one at the head, and the other at the feet, where the body of Jesus had lain.

why weepest thou? She saith, Because they have taken away my Lord, and I know not where they have laid him.

14. And when she had thus said, she turned herself back and saw Jesus standing, and knew not that it was Jesus.

Notice she didn’t recognize him, yet she saw him face to face?

15. Jesus saith unto her, Woman, why weepest thou? whom seekest thou? She, supposing him to be the gardener, saith unto him, Sir, if thou have borne him hence, tell me where thou hast laid him, and I will take him away.

16. Jesus saith unto her, Mary. She turned herself, and saith unto him, Rabboni; which is to say, Master

( Ah would to God that we would say, master, master, and bow before him.

When we simply hear the whisper of his voice, but the thing is, we must first learn to recognize his voice. Notice she heard his voice as he whispered her name while her back was turned to him yet she immediately recognized him:

Something to take notice of here is that she didn’t recognize his features physically but his voice audibly. Perhaps things are not always what they seem or look like?

But once you know his voice? he nor circumstances or situations will ever mislead you.

Look at her she recognized his soft whisper, his gentle call, ah but that’s just it for some of us he has to practically yell to get our attention, what a difference LOVE makes!

17. Jesus saith unto her, Touch me not; for I am not yet ascended

Mark 16:14. Afterward, he appeared unto the eleven as they sat at meat, and upbraided them with their unbelief and hardness of heart, because they believed not them which had seen him after he has risen.

15. And he said unto them, Go ye into all the world, and preach the gospel to every creature.

( Looks like we all have a command to take this message to a lost hurting, dying world. For how could we dare to keep this precious truth to ourselves, while there are in our mist people who are hurting.

Whose lives are being destroyed, marriages under attack?

Families being separated and broken, minds demonically manipulated and controlled, bodies being battered with perversion, sickness, and disease, children out of control, unsupervised and unloved.

Now is that not enough reason to care enough to take this gospel to the world?

To go beyond my neighborhood, my so-called Church, my job, my little circle of friends and family… now that’s taking it to the whole world.)

( It takes more than just believing, actually it matters what you believe as well?

Is it the bible or not? too many people claim to believe but they fail to act on that belief.

True belief will result in true actions of love and repentance.

True baptism is not just putting on the water. But to put on Christ and his love and character, to desire and make true changes in one’s life, now here’s a lesson for me )

17. And these signs shall follow them that believe; In my name shall they cast out devils; they shall speak with new tongues;

That’s not what he meant yes indeed there is power and authority in that name when using properly!

But what is meant here is that we should live in the very character and compassion of Christ! In the very spirit of his love and grace, in obedience and faithfulness, in holiness and integrity.

When we live in his spirit and character we can then move in the power and authority of his name! And claim deliverance and healing in his name! restoration and reconciliation.

18. They shall take up serpents; and if they drink any deadly thing, it shall not hurt them; they shall lay hands on the sick, and they shall recover.

Reflections: Let’s take a look at our title once again, ‘WANTED DEAD OR ALIVE?”

Some people are happy with a dead Jesus. They want a dead religion, a dead service, a dead bible. They would rather stay in their dead state of sin and unbelief than live unto Christ and be changed.

They are happy and content with a Jesus that is still laid up and bound in a dark, damp, cold, dungeon of a tomb.

A Jesus who is still confined to the rustic pages of history, he’s alright just as long as he stays in the bible and doesn’t interfere with their lives.

They don’t mind if you talk about him just as long as that’s all you do is talk, on the other hand, there are those who long for Jesus to live and abide in them! Who lives in his very presence! Who run to him and not from him.

Now let us take a look at the individuals in this story and see this story from another viewpoint of Mary, John, Peter, Jes

Just Loven God. I'm a Bible college grad, sinner saved by grace, ordained minister, self employed, and financially free. I am very conservative minded, outspoken, and an old romantic at heart. I'm the Founder/CEO of Some1cares Ministries. We specialize in helping and giving hope to the hurting. We provide counseling, training, teach life skills as well as offering biblical inspiration.