The Song Of The Lord Began 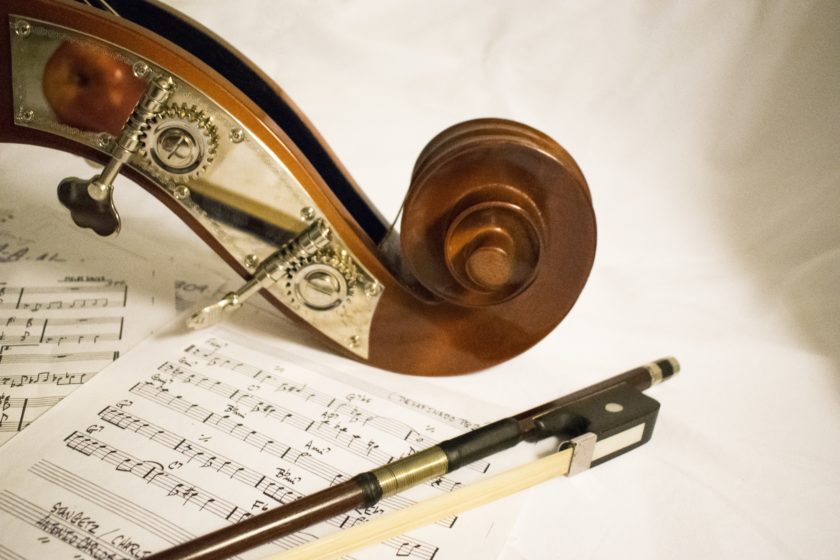 THE SONG OF THE LORD BEGAN:

You can’t create joy, but you can make the conditions from which it springs. We want to spend a little time with Hezekiah who brought joy back to the temple.

“When the burnt offering began, the song of the Lord began also.” In our reading, the sounds of joy had long ceased. The music and singing had not been heard for several years. The burnt offerings were no longer being offered upon the great altar. The word “began” indicates that the song had ceased.

If you look into the preceding chapter you will find that for sixteen years the song of the Lord had never broken from Levite throats, had never floated through the temple courts.

Those courts, intended by David to resound with the praises and worship of GOD, were still. In this do they resembled your heart, for your heart was meant for music. If it has ceased, it is probably for the same reason.

What had happened during those sixteen years?

25 And in every several cities of Judah, he made high places to burn incense unto other gods, and provoked to anger the Lord God of his fathers.”

King Ahaz was weary of the worship of GOD. So he put out the lights, he closed the doors, he took away the keys, he turned the Levites adrift. The sparrows made their homes, the birds of the air built their nests in the neglected courts of the temple. Neither Ahaz, nor the priests, nor the Levites frequented the holy place.

Then came a change. The burnt offering began after sixteen years of discontinuance, and the song of the Lord broke into utterance once again.

Hezekiah had become king, and “in the first month of his reign he opened the doors of the house of the Lord, and repaired them.
And he brought in the priests and the Levites, and gathered them together into the east street, and said unto them,
Hear me, ye Levites, sanctify now yourselves, and sanctify the house of the Lord God of your fathers, and carry forth the filthiness out of the holy place” (2 Chronicles 29:2-5).

When silence reigns in our hearts, there must be something there that should not be.

CARRY FORTH THE FILTHINESS; THAT IS WHAT MUST FIRST BE DONE:

This is a setting for the life of Charles Finney. “There had been no revival, no stirring up of the Holy Ghost in those parts for years. I gathered some godly people in the vestry every Friday night to pray for a revival. We kept this up for fifteen months, but the heavens were as brass above us.

When fall came on, I set apart a day for united prayer. My heart rejoiced as I saw the farmers driving in with their families until the schoolhouse behind the chapel was filled. I explained that we had gathered to pray for a revival. After the opening hymns and prayers, the meeting was thrown open. The silence of death settled upon the audience. Every one waited.

Presently a leading old elder rose in a front seat and said: Pastor, I don’t think there is going to be a revival of the Holy Ghost here so long as Brother Jones and I don’t speak to each other. He left his pew, walked down the aisle and found Brother Jones, and said: ‘Brother Jones, you and I have not spoken for five years. Let’s bury the hatchet. Here’s my hand!’ The old man returned to his pew and sat down. A sob broke from the audience, and then there was silence again.

Soon another elder rose and said: Pastor, I think there will be no revival here while I say fair things to your face and mean things behind your back. I want you to forgive me. We shook hands, and the audience relapsed into stillness again.

He then witnessed the strangest scene of his life. For ten minutes men and women crept noiselessly about the house, squaring old scores. And God began to visit them. The operatives in a factory nearby heard what was going on in the school-house, and at the lunch hour, they came over in such numbers that they were diverted into the church.

The pastor preached to them the simple gospel, and within five minutes four of the ringleaders in sin in that community were crying to God for mercy. A revival broke out that swept to and fro over the district for three years.”

The filth had been cleaned from their hearts and from the house of God.

2 Chronicles 29:5 “And said unto them, Hear me, ye Levites, sanctify now yourselves, and sanctify the house of the LORD God of your fathers, and carry forth the filthiness out of the holy place.”

LET US NOW COME TO YOUR OWN HEART.

Is any secret sin harbored there? Is there any unkind, jealous feeling between pastor and pastor? Any irritation or fretting because of another’s success? Are you, Christian people, prepared to square up against old scores? to give up things in business that you know are not perfectly consistent with CHRIST’s commands?

If so, shake hands; write that letter; pay that money; have done with that source of irritation. Let the love of GOD be poured into your soul, and after that joy will come. “Sanctify now yourselves.” We are not asked to clean up someone else, but to clean up ourselves.

I AM HIS! I AM ABSOLUTELY HIS!

Have you some hidden cupboard in your soul in which you are harboring things whose vapor is killing your joy? Face your true condition. Too often we are like those who fear their lungs are diseased, and who dread examination by the stethoscope and surgeon lest he should reveal the true condition. We can make no headway until we are clean.

Are you sure there is nothing in your heart you would not like Jesus to deal with? Before you can have God’s best, you must let Him search your soul, and show what the unclean thing is which entered years ago and has choked your spiritual vitality ever since.

Now notice what happened next. Hezekiah had the altar ready. On one side were the priests with the whole burnt offering, which signified Christ’s entire consecration to God in His death, and also the entire consecration of believers to Christ in life.

On the other side was the Levite choir in white vesture, and other Levites with cymbals and psalteries and harps. At a given signal the burnt offering was laid on the altar. As the fire began the sweet voices of the choristers burst forth in song, and the music of the instruments was heard again.

God help you to clear away all the filthiness and yield yourself to Him. Whether you can sing or not with the voice, the song of the Lord will begin in your soul!