The Dangers of Admiring a Harlot 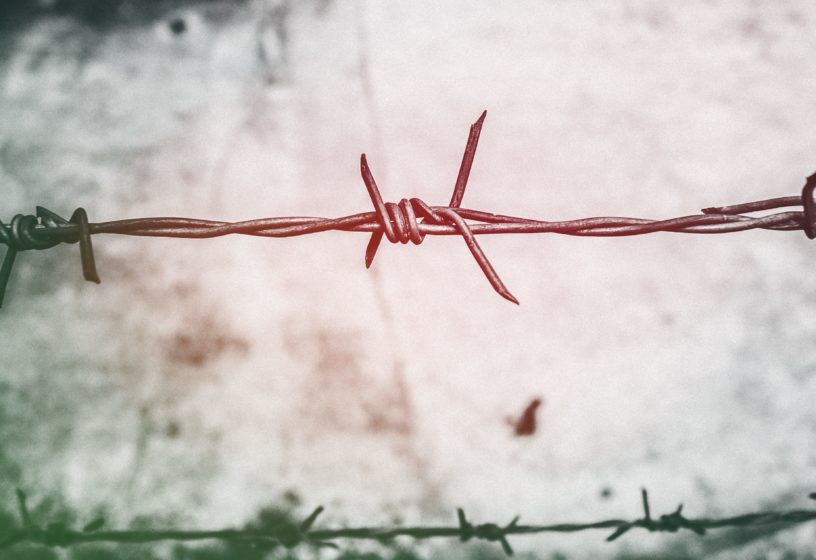 The Dangers of Admiring A Harlot

The past few days I have had the joy of having an unexpected visit from a long time friend. They were traveling and because of previous arrangements fell through they stayed with me for a few days. In these late nights, we have discussed recent developments.

These discussions grip my mind and burden my heart and I feel a protracted season of prayer in my near future about these very situations.

Seems in the last few years we saw some high profile ministries leave the movement and the apparent destination seems clear because of direction. Men and Ministers who are under the cloud of suspicion. One is judged by connection to another. “Do they still believe the doctrine?”

Is this the beginning of sorrows from the influence of the age and being contributed to the Religious Pop Culture that has become to be termed the “Emerging Church”.

I hope for more from my generation. I understand the pressure. I still at times feel the questions in the wind to our identity and doctrine and feel the need to affirm more than my affiliation, but my dedication. I don’t do this for others… but for myself.

I feel the gravity of this and it has caused me to again plant my Anchor… and check my Chain and the Bolt that holds it all to my vessel. For myself, I have made a personal commitment to the doctrine and our historical distinctions of holiness.

This commitment is not based on anything else than I fully embrace as the truth of the very DNA of this Apostolic Doctrine. Our Treasured Truth, of Acts 2:38, Deuteronomy 6:4 and the focus on the Name of Jesus in Baptism are paramount. However, The Outlying territory of our identity is more than just sand on the seashore.

When you give way to those who would make issues around the question of “Heaven or Hell”, it is not long and the rising tides will overcome you. Beware of the subjective, selective and seductive spirits will in short time wash away what we said was unshakable.

Like Sampson, some have laid their heads in the lap of the Harlot. She that can torment and soothe at the same time. The troubled conscience will in time give access to sever the sign of the covenant and totally steal from everything of dignity and distinction and become a sideshow of yet another triumph of truth sold out.

Beware of the Spirit of the Great Harlot.

John the Revelator had the admiration of the Great Harlot… Say it is not so.

The Harlot is the Religious Spirit that has permeated our world since the garden. Seducing by asking questions while never offering answers. Seducing by promising things that cannot be delivered. Seducing by sheer deceptive means by causing some to tuck their heads in lack of confidence.

However, we have all wondered at the Religious Spirit of our Age.

TD Jakes and his public acceptance. Joel Olsteen and his adoring crowds. The list of names is endless.

Say it with me… it is the Spirit of the Harlot. The Building and Parking Lots of Lesser truth.
Those who seem to be selling out and the reward they are given. Big Buildings and Full Parking Lots do not equal the Favor of God.

Ever seen those large crowds of Mecca?
The Screaming Crowds of the NFL?
The Loving Devotees of teh Dali Lama.

Beware of the Admiration of the Great Whore. She that nothing is sacred will make you her daughter and train you in her ways.

I grew up quoting Acts 2:38 and knowing there is only One God. I remember being in Bible Quizzing and memorizing the Scriptures on Apostolic Doctrine. However, my raising has not made me immune from hearing the Sirens Song of Seduction.

No matter what we know of those who have heeded to the song, we can still feel the pull of its power.
I spent my later teenage years in a church that has in time lost its distinction and doctrine. I know the fallout from many in my generation. Though we cannot find a good example of those who have left…. and maintained the core… still the song is sung and poor souls fall victim to its malicious melody.

What can you do as a ministry of help to sound an alarm to this generation? Prayer? Writing? Preaching?

These are all on the list… but the best thing you can do is save yourself. And as your covenant and conviction grow stronger… reach out and be a voice of reason and sanity to those you know and those you love.

Let me be clear, it is not my intent to malign or harm anyone. I say with all sincerity that I do not desire to judge or condemn anyone. However, I see a great danger and direction in what is the deception of watered down doctrine.

I know a little bit of how hard it is to disciple people. I can appreciate the challenge of making disciples of people in a culture that is becoming more and more Godless and less and less desiring true conversion. Sadly, Sincere People have been duped by the Religion of Blessing and the Accumulation of Favor rather than the true spirit of Christianity.

True Christianity is and has always been the message of the Cross. More than the Cross of Jesus, but our own personal stigma and struggle toward self-denial and sanctification.

The Words to the Song is… “If it just wasn’t so hard… If people Could just come and not feel the pressure to change this… stop this… wear this… stop doing this….” We could really have growth.

Hear Me… it sounds good… but it is just a deception.

I believe in a great outpouring of the Spirit of God. I have a vision of a Great Wave of the Revelation concerning the Name of Jesus. But I will take it one step further. As our culture becomes more and more debased, I believe there is going to be a revival of Righteousness… the desire of sincere people are going to be looking for a church that is truly not washed away in worldliness.

What am I saying? I believe I am at the right place. The Crossroads of the coming awakening.

I do not think that I know or possess everything that God has for me. However, I do believe I have and possess some very core elements of Biblical Christianity.

As I stated in an article last week. I do not believe there is anything wrong with the Apostolic Church …

However, I am not blind to acknowledge that there is something wrong in the world we live in. I understand that the Enemy is still plotting and planning its destruction and it is incumbent on me to be aware of his tactics and fight as hard as I can to thwart and throw back his assault.

Without a doubt, some will be offended and others will disagree. My aim is to stir our minds toward critical thinking about our personal direction and our prayers to a fervent pitch for God’s help.

Don’t be lulled to sleep. Don’t allow your direction to be changed because of the seductive songs. Don’t lay your head in the lap of the Harlot. Don’t be disillusioned by the Religious spirit of Deception.

Be Vigilant and valiant!