The Blessing of Clean Hands and a Pure Heart 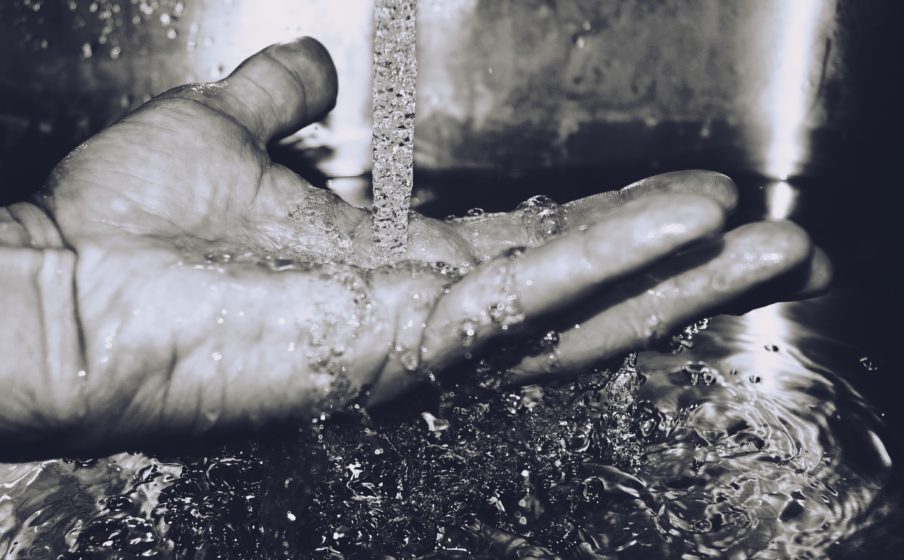 The Blessing of Clean Hands and a Pure Heart

Jesus is called the Son of David. David sinned and reaped bitter results in his life. He could stand in Gods presence the same way we do by Gods grace. Jesus opened a way for our cleansing and now we come in His merits and by His invitation.

Our world glamorizes dirty hands. When we were in elementary school the teacher would go around and check hands and fingernails in the morning. It was hygiene. Dirty hands had to be promptly washed and the dirty person was reprimanded. Today our society chooses dirty people and places them in the highest positions. The more filthy people are in their speech and philosophy, the higher positions. The more they are paid and the more popular they become. They defile Gods instruction on sexuality, they degrade marriage by installing revolving doors in their bedrooms and they litter the landscape with the tattered remains of their families. Our world tells us to check out our attitude as being a personally acceptable option. It encourages us to be true only to ourselves and our goals, the epitome of selfishness and it tells us to write our own definitions of truth.

His Righteousness Makes us Clean:

Bible Teacher, how can I keep my hands clean and my heart pure. The answer is in verse 5. The person with clean hands is blessed of God with righteousness. The KJV states we receive righteousness. Righteousness is not to be confused with charity or good deeds. We cannot produce righteousness. The best that we can manage is something the Bible calls filthy rags in Gods sight. Paul talks about his past
self-righteous deeds as dung.

Folks, our righteousness must be from another source. We cannot produce it ourselves. Jeremiah looked to a time when Israel would again be gathered into their homeland. He prophesied of a new kind of shepherd for the people.

Jeremiah 23:5-6 (KJV) 5 Behold, the days come, saith the LORD, that I will raise unto David a righteous Branch, and a King shall reign and prosper, and shall execute judgment and justice in the earth.
6 In his days Judah shall be saved, and Israel shall dwell safely: and this is his name whereby he shall be called, THE LORD OUR RIGHTEOUSNESS.

When the Lord of righteousness reigns in our hearts we will ascend to Gods Holy mountain. Are you tired of living in the lowlands where nothing seems to happen? Has your Christian walk plateaued? When did you last feel the powerful presence of God? How do we know what the blessing of God is? Can we define it? It is retiring in the night with the peace of God flooding your soul. it is Jesus on your mind as you lose consciousness. It is awakening in the early morning with the sense of His presence filling your soul. It is pausing near the coffeepot as the warmth of His love touches you. it’s in an answer to prayer. It is calmness during a trial. It is the overflowing and engulfing love of God as we feel when we are in church or prayer meeting – a gracious flood of God – anointed praise that washes us in tears of confession, gratitude, and adoration It is a knowledge that the God of your salvation is bigger than anything else you face.

That confidence comes in the climb upward. It does not surface on the dry plateau but in the sweat and toil of climbing to Gods holy hill.
If you felt Gods presence so far today or this week or last week you did so because Jesus has canceled your debt of sin and filled up every column of your life with His own righteousness. We have a huge credit on our account that we did not earn. We can stand in the mount of God in the new Zion because Jesus has washed our hands and purified our hearts. He has won our loyalty and filled us with His Truth. That’s the blessing for struggling to ascend the hill of God That’s the reward of loyalty to the God of our salvation.

His Salvation Guarantees my Sonship:

Psalm 24 was not David’s first attempt to probe the question of what it took to reach God.
Turn to Psalm 15:
Psalms 15:1-5 (KJV)1 LORD, who shall abide in thy tabernacle? who shall dwell in thy holy hill?
2 He that walketh uprightly, and worketh righteousness, and speaketh the truth in his heart.
3 He that backbiteth not with his tongue, nor doeth evil to his neighbour, nor taketh up a reproach against his neighbor.
4 In whose eyes a vile person is contemned; but he honoureth them that fear the LORD. He that sweareth to his own hurt, and changeth not.
5 He that putteth not out his money to usury, nor taketh reward against the innocent. He that doeth these things shall never be moved.

And David answers another question for me. Who are Gods children? So often we think in denominational terms. We are trained to pigeonhole people. What constitutes a true child of God. Is it only those who are descended from Abraham, Isaac, and Jacob. The seed of God is the generation that seeks His face. Those who climb that mountain of God. Those who struggle to keep their hands clean and their hearts pure are Gods children.
If someone told me today that I could climb the highest hill in Sackville where I live to see my earthly father, I would be gone in a second. I want that kind of desire for God – that I would leave anything behind to meet with Jesus.

Jesus would have watched the pious pilgrim of His day as they flocked to Jerusalem for the great religious festivals. From the Gospels, we know He went to go to Jerusalem several times during His ministry. Perhaps it was on a Passover he watched bearded pilgrims stand at the base of the temple mount. Then they began to walk the steps to the temple. As they climbed upward they began to chant. Do you know what their recitation was?

Psalms 24:3-6 (KJV)3 Who shall ascend into the hill of the LORD? or who shall stand in his holy place?
4 He that hath clean hands, and a pure heart; who hath not lifted up his soul unto vanity, nor sworn deceitfully.
5 He shall receive the blessing from the LORD, and righteousness from the God of his salvation.
6 This is the generation of them that seek him, that seek thy face, O Jacob. Selah.
This was the Psalm of Approach. The pilgrims used it as they climbed toward the temple always in the hope their Messiah would come.
David marched through the gates of Jerusalem on occasion. He came in leading captives behind him. Somewhere there was a fallen foe and a new flag flying. He conquered and created a kingdom that has been paralleled in
Israel’s history. David devoted the greatest part of his psalm to a King he could only see by the eye of faith. It was just not the Ark of the Covenant that David brought into his capital. He believed he had brought the presence of a King. Hear David’s concluding verses. They are an anthem of praise.

We serve a God who is battle tested. He climbed a hill far steeper than any of us will ever climb. Can you imagine what it will be like when sin, death and the devil are removed and eternity begins to unfold? Every president, prime minister and a king will have already bowed to His Lordship. Can you imagine the scene in heaven when Jesus Christ is crowned King of Kings and Lord of Lords. The holy city of God the New Jerusalem will be opened to the redeemed of the Lord, all tears will forever be wiped away and we shall enjoy an existence that we can now only approach by faith. Today, I do not climb a hill to a tabernacle that houses a symbol of His presence. I can come into His presence because He has washed me in His blood. He bids me come to Him. Lift up your hearts. Open the gates and doors of your hearts
for the King of Glory to come in!

Are there those of you reading or listening to this little message who want clean hands and a pure heart. Are you ready to give Him your loyalty? Can you come to grips with Gods truth? Why not start climbing now to the hill of God. You can do this by simply following the biblical plan of salvation found in Acts:

Acts 2:38-39 (KJV)38 Then Peter said unto them, Repent, and be baptized every one of you in the name of Jesus Christ for the remission of sins, and ye shall receive the gift of the Holy Ghost.
39 For the promise is unto you, and to your children, and to all that are afar off, even as many as the Lord our God shall call.

You just have to start by believing in God and who He is and what His name is, Jesus. Then repent of sin for we have all been born in sin when Adam and Eve sinned in the garden of Eden. Then get baptized in Jesus name for the remission of sins (remission means washing away my sins), then get baptized in the Holy Ghost with the evidence of speaking in tongues. Once you have done that then you need to endure to the end or let’s say live a life of holiness, have clean hands and a pure heart before God and others. It is very simple and it is a matter of obedience to Gods word.

I have followed this my self and I have never been so happy in all my life. Having Jesus in my heart and life has filled a void that for years was so empty, but now I have peace and joy in the Lord.

or my pastor at
Evangelist, pastor Ren Rutledge

We are all members of Abundant Life Center
in Norwich Ct. Us