The Angel Of Ephesus 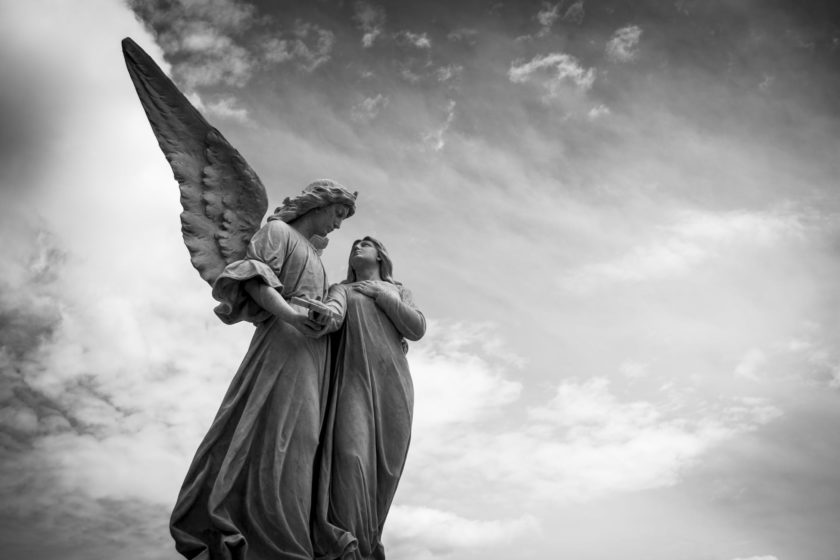 Revelation 2:1 “Unto the angel of the church of Ephesus write; these things saith he that holdeth the seven stars in his right hand, who walketh in the midst of the seven golden candlesticks.

Thirty-five years before this was written the Apostle Paul was on his way back to Jerusalem purposing in his heart to keep the feast of Pentecost there. (Acts 20:16) He did not have the time to spare to stop over at Ephesus and visit with his old acquaintances there, so, from Mi-let-us, he sent a messenger and called for the elders to meet him in Mi-let-us. (Acts 20:17)

It was a tearful meeting and broken up by heavy hearts. Paul had helped found the church at Ephesus (Acts 19). Some of the best of his ministry was in this pagan city. Great and wonderful things happened while Paul ministered in Ephesus.

For two years, as the word of God was spread throughout all that part of Asia, (Acts 19:10) God wrought special miracles by the hands of Paul: (Acts 19:11)

It was during this period that opposition arose between those who made and sold silver shrines (images) of the goddess Diana and Paul (Acts 19:24). The resulting uproar (Acts 19:23-41) resulted in Paul leaving Ephesus (Acts 20:1). But the power of goddess Diana was broken, and the idolatrous worship of stone and metal gods was destined to be uprooted by the doctrine which Paul brought to Ephesus.

Acts 20:28 Take heed therefore unto yourselves, and to all the flock, over the which the Holy Ghost hath made you overseers, to feed the church of God, which he hath purchased with his own blood. (KJV)

Time alone would etch the faces of the elders of Ephesus, but in church leadership more than time ages one. There would be grievous wolves come in among the flock, not sparing any of them (Acts 20:29). There would be divisions, one pulling one way, one pulling another.

But despite all this, the church would survive another 35 years. The angel (so to call him) had grown grey in his leadership. He felt the day not far distant when he would be able to lay down his office forever. His office was just, “to feed the flock of God,” as Paul describes it. (Acts 20:28) or as James put it,

James 1:27b. To visit the fatherless and widows (of Ephesus, Nashville, St. Louis, Houston, Berlin, Woodbury, or your city) in their affliction, and to keep himself unspotted from the world. (KJV)

Yet he who has been elected by God to such an office, in Ephesus, in Nashville, in St, Louis, in Woodbury, or anywhere else, has no need to envy the most shining angel in heaven. For even they desire to look down (1 Peter 1:12) into the pulpit, the pastorate, of the humblest and least known in God’s church.

They know there is nothing in all of heaven for him to do, that is compared with the daily rounds on earth of, a minister, an elder, a deacon, a Sunday school teacher, or an usher of the Church of God.

Then one day the elder (angel) of Ephesus received the letter from God that we opened this lesson with (Revelation 2:1).

Now there is nothing so sweet, whether among men or angels, as to be appreciated, and praised by Almighty God. The heart of the old minister of Ephesus was made so glad as he began to reads the letter.

God began the letter by showing his appreciation and praise of his servant.

Revelation 2:2.
“I know thy works,
“I chose thee,”
“I gave thee thy talents,”
“I set thee to thy charge in Ephesus,”
“I ordained thee,”
“My right hand has held thee up in it,”
“Thou hast never been out of my sight,”
“All thy works are written in my book,”
“All thy tears also are in my bottle,”
“I know thy labour,”
“And thy patience.”

God takes special note of all that goes on in the church of Ephesus, Nashville, St. Louis, or wherever it’s address.

How the heart of the old minister of Ephesus must have swelled with pride. Then God delivers a condemning charge against the minister.

“Nevertheless I have somewhat against thee,..” (Revelation 2:4a.)
“Somewhat,” as if it were a very small matter, scarcely worth mentioning.

Then comes the shock of this “Somewhat.”

“Thou hast left thy first love.” (Revelation 2:4b)

There is not one moment doubt when, and where this took place. His first love began to fail and fall away in the time and at the place of secret prayer, as does every man.

Every minister and saint continues to love his Master in the measure of his secret reading of the Holy Scripture and his prayerfulness. It was his habitual and long continued neglect of secret prayer that brought this rebuke from his Master. That’s where the falling away begins in every person’s life.

“Remember therefore from whence thou art fallen, and repent and do thy first works; or else I will come unto thee quickly, and remove thy candlestick out of his place, except thou repent.” (Revelation 2:5)

The “or else”  is emphatic, and urgent. Unless you return to that life of prayer and supplication you will lose the place where God has placed you. Let us not give our night watches to other things, lest we are found neglectful of our calling.

Some years ago I walked through the streets of Ephesus where Paul ministered and the old elder labored so many years and I saw firsthand the fulfillment of this threat by the Lord.

All the magnificent buildings that stood when they were there are all torn down, the great city simply sank in the mire as the river disgorged its contents and the sea receded day by day.

The temple of Diana (one of the wonders of the world of Paul’s day) is a pile of ruins in an overgrown thicket, all the little silver shrines are gone from her midst, and no one worships her anymore. The marble streets and buildings that Paul saw are only rubble and occupied by wild varmints and crawling creatures.

Worse of all the church of Ephesus, that is estimated to have numbered 50,000 has no candlestick to mark the place where they worshiped. In fact, most of the world that Paul ministered in is overrun by Islam for the last 1,500 years, and all the sanctuaries of Christianity are gone and forbidden to rebuild. Makes one wonder who failed, who will God hold responsible?

So to all the angels (so to speak) of the churches that read this study take heed to do your duty, feed the church of God, and neglect not thyself.

Hope you enjoyed this study and will read the other studies on our web pages.