And If I Be Lifted Up 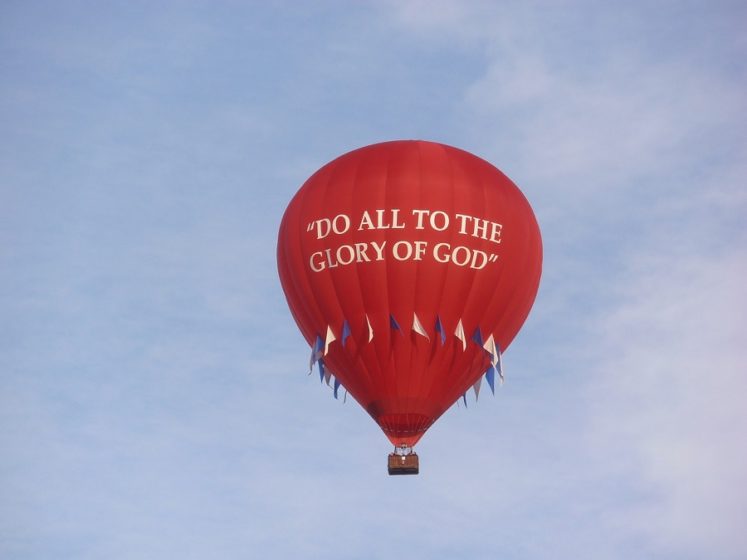 What an eventful month we have experienced this June.  North Korea is threatening to launch a missile at Hawaii, Iran is experiencing an uprising that despite their government’s efforts continues to gain strength, and President Obama advances with his mission to bring us level with the rest of the international socialist communities.  Last week a senator admits to having an affair with a staffer and this week a governor disappears for a hike in the Appalachians, winds up in Argentina and confesses to having an affair.  We learned of the deaths of three famous personalities, Ed McMahon, Farrah Fawcett, and on Thursday, Michael Jackson.  At one time they seemed on top of the world, riding high on life, but in death McMahon was bankrupt, Fawcett suffered the pain of cancer, relationship problems, and has a son in jail, and Jackson’s entire life was such a mess that he existed on a daily cocktail of drugs.  Every one of these devastating life situations is a result of elevating the wrong individual.

I have heard so many ask the question HOW?  How can we sit by and watch Iran kill people for speaking out?  How can we say nothing while our President destroys what’s left of our economy?  How can a governor with a beautiful family, on track to possibly run for President, throw everything away for momentary pleasure?  How could Ed McMahon lose his home to foreclosure?  How could Michael Jackson waste such a promising life and career?  Answer:  the wrong person has been elevated.

I am always amazed at the emotional displays attached to coming in contact with people we have set up as “idols.”  Every year thousands of fans make a pilgrimage to Graceland to celebrate Elvis’ birthday.  President Obama has been given god-like status in the eyes of millions around the world.  Obamaites consider his words infallible, scream and faint in his presence and many broke down with emotion at his inauguration.  At the announcement of the death of Michael Jackson, thousands rushed to the Los Angeles hospital, Jesse Jackson and Al Sharpton took the opportunity to get some TV face time, and sales of his recordings hit all-time highs.  We are elevating the wrong person.

I love the song by Michael W. Smith called, “Be Lifted High.”  One line says, “Sin and its ways lead to pain, left here with hurt and with shame.” When we elevate the wrong person, the outcome is only hurt and shame.  The accumulation of things no longer satisfies, the fawning crowds leave us empty inside and all the beautiful people surrounding us are not so beautiful anymore.  It all turns to loss, defeat and sometimes even public ridicule.  Oh, what a difference when we elevate Jesus Christ.

The song continues, “And I fall to my knees so it’s you that they see, not I, Jesus you be lifted high.”  When we get the focus off of ourselves and our desires and elevate Jesus, the hurt, the shame, the feelings of inadequacy, and the pressure to perform all fade into the background and we begin to experience His love, His joy, and His peace. Jesus said in John 12:32 “And I if I be lifted up from the earth, will draw all men unto me.”  If you are feeling like life has let you down and there is nothing that can satisfy the emptiness, fall on your knees and allow Jesus to be lifted up.