A Proclamation of The End 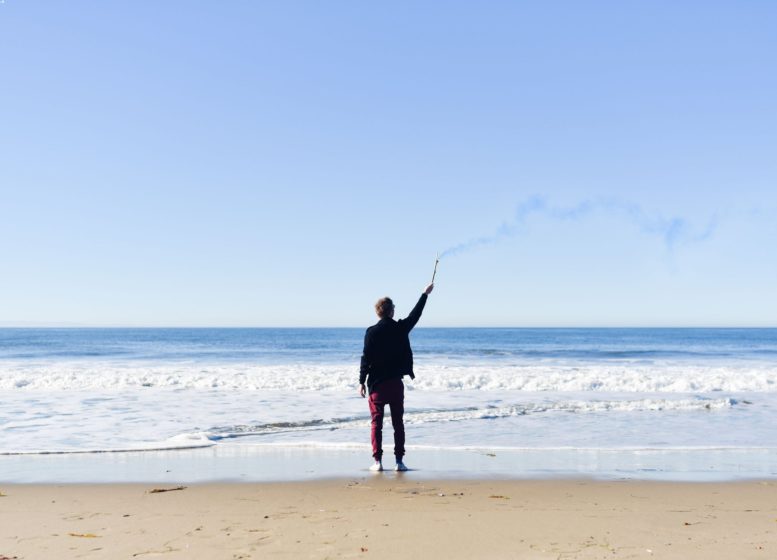 A Proclamation of The End

In view of the fact that the Bible does declare that the world will come to an end and that the end will come suddenly and as surely as the Prophets and Apostles have foretold, we offer this study from Revelation chapter 10 to help us understand the surety of this declaration.

It will only come after long, repeated, and trying delay, if not on the part of God, yet in the estimates and expectations of his people. It has been many, many years since these prophecies went forth from the lips, and pens, of these men.

There has been delay and repeated delay, and time has intervened, and lengthened itself out to very suspicious proportions; but that, notwithstanding, as God lives, and has made and controls all things, when once the period of the Sixth Trumpet (Revelation 9:13-11:14) is reached, there shall be no more delay.

Follow with us as we look into this great period (of the Sixth Trumpet) which will bring about the consummation of all things.

1. A PROCLAMATION OF THE END

3. HE TAKES POSSESSION OF EARTH

4. HEAVEN’S RESPONSE TO THIS ANGEL

5. THE ANGEL ANNOUNCES THE END OF TIME

7. THE END WILL COME TO FULFILL PROPHECIES

1. A PROCLAMATION OF THE END:

Revelation 10:1. And I saw another mighty angel come down from heaven, clothed with a cloud: and a rainbow was upon his head, and his face was as it were the sun, and his feet as pillars of fire:

2. And he had in his hand a little book open: and he set his right foot upon the sea, and his left foot on the earth,

3. And cried with a loud voice, as when a lion roareth: and when he had cried, seven thunders uttered their voices.

5. And the angel which I saw stand upon the sea and upon the earth lifted up his hand to heaven,

7. But in the days of the voice of the seventh angel, when he shall begin to sound, the mystery of God should be finished, as he hath declared to his servants the prophets.

This Angel I take to be the Lord Jesus himself. He is called an angel, but there is nothing in that to prove him a created being. In the Old Testament, the pre-incarnate Christ appeared many times and was called “The Angel Of The Lord.”

John had a similar vision in the first chapter, the seventh chapter, and again in the eighth chapter of Revelation, in whom there is a reason to regard as none other than the Lord Jesus.

Jesus appears in Revelation as a lamb, as a lion, and as an armed warrior, and there is nothing to hinder His appearance also as an angel. This Angel is also very distinguished from other angels who appear in John’s vision.

In Revelation 10:1. He is called ‘another angel,’ distinguishing him from the four angels (Revelation 9:14-21) loosed from the Euphrates and from one of the seven (Revelation 8:2; 9:13) who sound trumpets.

The attire of this angel indicates deity,

All through the Bible whenever clouds are connected with glorious manifestations, there we find the presence of deity.

He appeared on the mercy-seat in a cloud, (Leviticus 16:2)

“A rainbow on his head,”

“His feet were pillars of fire.”

3. HE TAKES POSSESSION OF EARTH:

Revelation 10:2. “And he set his right foot upon the sea, and his left foot on the earth.”

To set one’s foot in a place expresses a purpose to take possession of that place. Jehovah said to Israel, “Every place whereon the soles of your feet shall tread shall be yours. (Deuteronomy 11:24) God to Abraham, “Arise, walk through the land in the length of it and the breadth of it; for I will give unto thee.” (Genesis 13: 17)

When this mighty Angel sets his right foot on the sea, and his left foot on the earth, He thereby claims possession of it and asserts His purpose to take it as his own and to establish his occupancy and rule over it. It is an act befitting the character and office of Jesus Christ. He is the rightful sovereign of sea and land.

Him taking the sealed book (Revelation 5 & 6) from the hand of eternal majesty, and breaking the seals, proved and legitimized His right to the possession of the earth. And now, He is asserting the right and His purpose to enforce it.

For six thousand years both sea and land have been under the dominion of His enemies (Matthew 4:8), but now He sets His foot on each and takes possession of them as His own. It is the image of invincible power and irresistible force.

It was not a cry of distress or fear, but a shout (1 Thessalonians 4:16) of power, and a herald of vengeance upon his enemies. He has already been called “The lion of the tribe of Judah.” (Revelation 5:5)

Of old, it is written, “The Lord shall roar out of Zion, and utter his voice from Jerusalem, and the heavens and the earth shall shake.” (Joel 3:16)

It is not the voice of a created angel but the cry of the Almighty Judge himself.

4. HEAVENS RESPONSE TO THIS ANGEL:

“And when he had cried, seven thunders uttered their voices.” (Revelation 10:3b)

Revelation 4 speaks of lightning and voices and thunders coming out of the throne of the Almighty. Now, these seven thunders become articulate voices which John is able to understand. They speak and give forth intelligible utterances.

John heard what they said, and was about to write what he saw, and heard, and make it known to the churches (Revelation 10:4), but John was commanded not to write—the command was absolute, and the apostle obeyed.

What the seven thunders said, is therefore unwritten and unknown and must remain unknown. But those voices, in all their terrific majesty, will be heard when the time comes.

5. THE ANGEL ANNOUNCES THE END OF TIME:

Revelation 10: 5. And the (Mighty) angel which I saw stand upon the sea and upon the earth lifted up his hand to heaven,