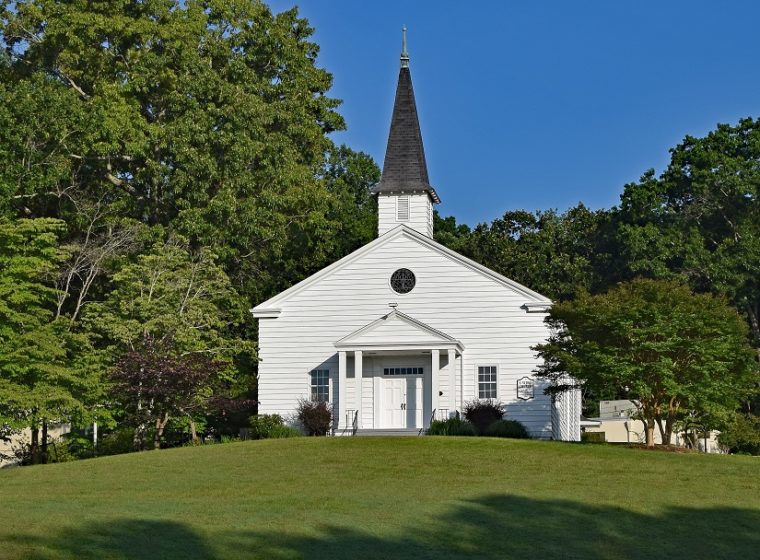 Several years ago a woman approached me about being a pianist for the country church that she attended.  When the woman asked me, I didn’t know what to say -because well I am a Pentecostal and the church was a Baptist church.  So I hem-hawed around and told her I would pray about it.  During the course of Six months, the Pentecostal church I was attending was going through some very serious transactions and I remember coming home nearly every night and bawling my eyes out.  It became very evident to me that God was trying to get us Pentecostal’s out of our comfort zone and to begin thinking outside of the box.  It was exactly six months after the woman asked me about becoming a pianist for the church that I called her up and asked if the offer still stood.  She said that it did.  Now it has been nearly 3 years since I began playing the piano for that little country church out in the boondocks.  On a good Sunday we might have an attendance of 30 people, but generally, there are about 15 or less.  My piano playing is a far cry from how I would like to play, but the people there are so thankful and tell me I am such a blessing.  It is awesome how God blesses us when we are just trying to be a blessing to others.  I have visions of this Baptist preacher and a handful of other saints there to receive the gift of the Holy Ghost with the evidence of speaking in other tongues.  My family has started going to church with me there (the church only has that Sunday morning service) and some other Pentecostals are coming there as well.  This morning there were 6 Pentecostals and 3 Baptist people there.  I hope someday that it all will embrace the Apostolic experience.  I don’t believe for one second that it is the NAME of the denomination on the church sign that saves.  It is the Name of Jesus Christ and the full salvation plan.  I am looking for God to do Great things in this little country church.

UPC Singer/Songwriter/Musician. Author of Lyrics And Poems The Melody Of My Soul I, II. Lisa Peter is a Missionary and Teacher. Host of the HazelwoodUSA podcast on itunes. Mother of three daughters, wife of Rev. T. Mark Peter. Lisa is the secretary for the Word Weavers Christian Writers Group in her local community. Other ministres include Nursing home ministry, home schooling, & educational Interpreter for the Deaf. Owner of PenTeenCostal Fashion and Design- Ebay & LisAndLis - Etsy.

Proof of the Invisible