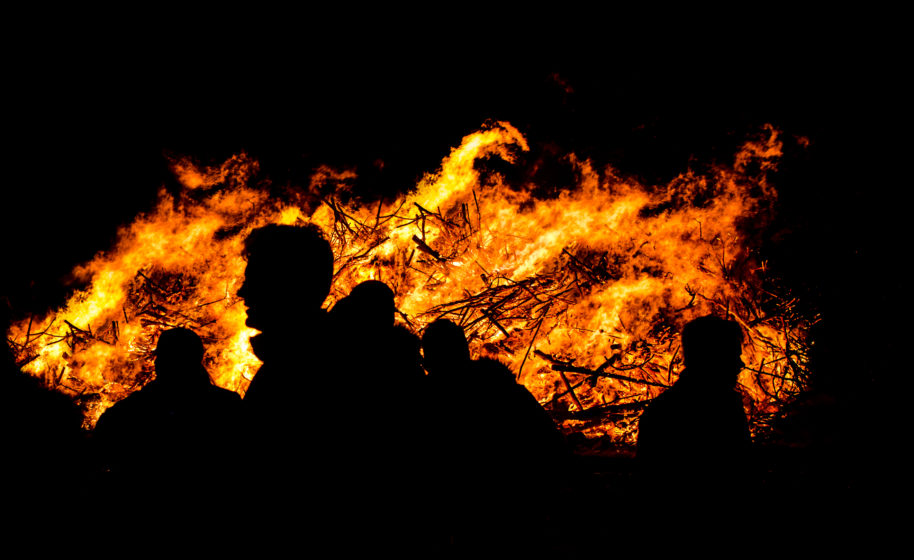 A. Because of our teaching on the subject of Sheol and Hades, it would be helpful for us to complete the subject by giving some

consideration to the doctrine of Hell.

1. What does the Bible teach about hell?

2. The English word “hell” is used 53 times in our King James Bible

4. However, our English word “hell” is a translation of three different words.

5. The word “Sheol” never refers to hell but rather to the temporary abode of the souls of the dead and was located in the center of the earth until the resurrection of Christ.

6. In the N.T. the word hell is a translation of the word “hades” and is used at least 10 times to refer to the temporary abode of the dead. It is the equivalent of the word “sheol.”

7. The other eleven times the word “Gehenna” is used.

B. This is the word that Jesus used ten out of the eleven times the word is used.

1. Twice it is used in the Sermon on the Mount

2. Keep it in mind it is the gentle, compassionate, loving Jesus who spoke this word. (Gehenna)

3. We are told by a modern theologian that a loving God and gentle Jesus could not even think of sending human beings to such a

4. We are told that hellfire and judgment are medieval, outmoded doctrines and should be abandoned.

5. We are told that we should substitute preaching from the Golden Rule and Sermon on the Mount.

C. If we do, we will have to preach on the subject of hellfire for Jesus clearly taught the doctrine in the Sermon on the Mount. (Matt 5:22,29)

1. Jesus clearly teaches in no uncertain language the fact of fiery hell.

2. The Apostle Paul also emphasizes the solemnity of the subject. In flaming fire taking vengeance on them, that know not God. and that obey not the gospel of our Lord Jesus Christ; Who shall be punished with everlasting destruction from the presence of the Lord, and from the glory of his power (II Thess. 1:8,9).

And the Apostle John in Revelation tells us: But the fearful, and unbelieving, and the abominable, and murderers, and whore mongers, and sorcerers, and idolaters, and all liars, shall have their part in the lake which burneth with fire and brimstone: which is the second death (Rev. 21:8)

3. The Lord Jesus describes destiny of the unsaved in Matt 25.

Then shall he say also unto them on the left hand, Depart from me, ye cursed, into everlasting fire, prepared for the devil and his angels; And these shall go away into everlasting punishment: but the righteous into life eternal (Matt. 25:41,46).

4. It is hardly necessary to quote any additional passages when we have the three heavyweights we have just quoted.

II. The Moral Necessity of Hell

A. Wholly apart from the Bible, hell is a moral necessity.

I. Do away with the punishment of evildoers and whole moral fabric of society breaks down completely.

2. The basis of all good government is justice.

3. We must punish those who break the moral law of society this is the only right course of action to take.

4. What a world this would be if there were no laws to govern society and no penalty for the criminal.

5. No one objects to penitentiaries in which we separate the lawbreaker from those who respect and obey the law.

B. But when God who is the ruler of the Universe insists upon punishing sin and evil, a great howl rises from people who call God unjust.

1. In addition to that, unless there is a place of future punishment then the Cross of Christ is a divine blunder.

2. When we contemplate Calvary and the terrible price that God extracted from His own Son we cannot help but wonder of the awful consequences that await those who die in their sin.

3. Calvary stands eternally as the great argument to the holiness of God and the moral necessity of a hell.

4. The background of Calvary is judgment and God’s hatred of sin.

5. If the Lord Jesus paid such an infinite price to save us then we can only imagine what the doom of the last must be.

A. When God created the heavens and the earth He did not include a place of punishment.

1. When was it prepared and for whom did He prepare it?

2. When Lucifer rebelled against God with a third of the angels God in response to their rebellion prepared a place for their restriction.

5 The fires of an everlasting hell were not prepared for mankind.

6. They were prepared for the Devil and his angels.

7. If a human being goes to that horrible place it is because he or she has refused the wonderful gift of God given us in Christ Jesus.

8. If you refuse to receive Jesus Christ as your Savior it is only just and proper that you spend eternity with the one who refused Him long before you made the same choice.

B. Just Where is Hell Anyhow?

1. It could be some blazing star light years from the earth.

2. It could be some ruined planet, we just don’t know.

3. Norman Grugg suggests the possibility it is the other side of God’s own Being.

Bible says God is Light – God is a consuming fire.

5. It may be the other side of God’s elemental nature.

6. On one side that light is gentle, beautiful and blessed to those who are saved.

7. On the other side, it may be fiery, awesome consuming.

C. However, we do know that it is a complete separation from God.

1. It is in a place called “the outer darkness ” The exact location is not revealed in scripture.

2. I close with this thought! There is no need for anyone to go to that awful place.