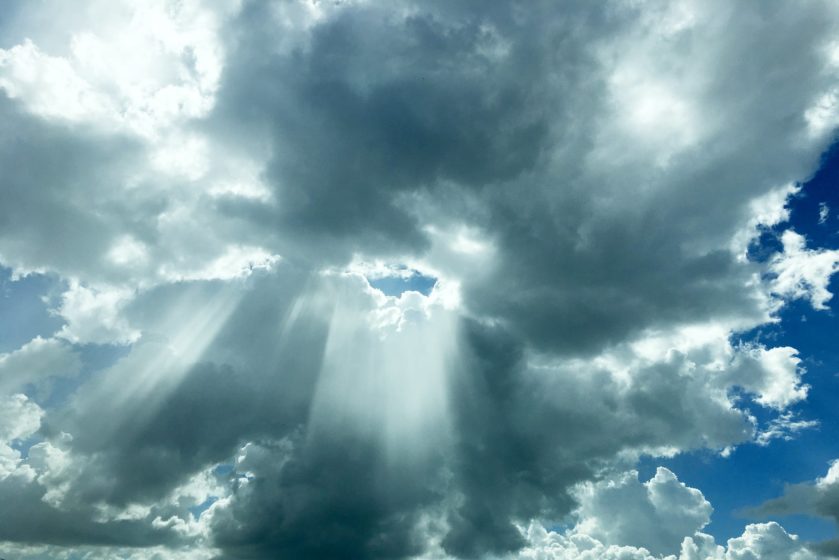 Revelation 8:1. “And when he had opened the seventh seal, there was silence in heaven about the space of half an hour.”

The busiest place in the universe is heaven. No city on earth is in comparison. Heaven is the center from which all good influences start. It is also the goal at which all results of good finally arrive.

The bible represents heaven as very active. With wheels rolling, And wings fluttering, Orchestras playing, Processions marching, Some mounted on horses, Some on chariots. It speaks of terrible voices like thunder, It speaks of earthquakes, Of thundering and lightning, Of stars falling, And passing away with a great noise.

But my text describes a space of time when The wheels cease to roll, And the trumpets to sound, The voices cease to chant, The riders on the white horses reigned in their steeds, The doxologies and praises of 100 million angels were hushed, The processions were halted.

It seems as though the hand of arrest was upon all the splendors. WHEEEEeeeeeeettttt. “STOP, HEAVEN!!!!” An Omnipotent voice cried out. And heaven stopped….it stood still… For thirty minutes every celestial thing stood still. “And there was silence in heaven about the space of half an hour.”

What Then Did Heaven Stop For? Some Very Learned Scholars Think It Was At The Fall Of Jerusalem In A.D. 70. So awful was the slaughter and destruction. For 3 1/2 years, the battle raged. Jesus says,

Luke 19:43. “For the days shall come upon thee, that thine enemies shall cast a trench about thee, and compass thee round, and keep thee in on every side,
44. And shall lay thee even with thee ground, and thy children within thee; and they shall not leave thee one stone upon another, because thou knewest not the time of thy visitation.”

The awful hunger … Some tried to flee by night… So many were crucified, there was no more room to put up a cross. A firebrand thrown by a Roman soldier through a window of the temple, The temple itself became the altar upon which thousands were sacrificed. Six hundred priest… Six thousand people who were consumed in it.. Josephus says, one million one hundred thousand died in defense of Jerusalem.

It would seem that heaven itself could give a week or even a month or perhaps a year of mourning. But our text says that heaven could afford only 30 minutes of silence.

Why could not heaven listen throughout at least one of those awful years? I do not know when it took place but I do not know that such an interruption took place. “There was silence in heaven about the space of half an hour.” (Revelation 8:1)

If geologist and scientists are right there has never been a moment of silence since the world was created. There are upheavals on land, Rumblings in the earth, Crashing and roaring of the seas. At any given time there are as many as 5,000 thunderstorms raging at once on earth. But There Is A Voice That Can Calm Them Instantly. “PEACE, BE STILL.”

Sometimes silence is golden. Blessed is the man who can stay quiet! “Jesus answered not a word.” (Matthew 27:14)

In my text (Revelation 8:1) heaven spared thirty minutes, But it will never again spare one more minute. There is too much to do, Two much to say, There is no time. There are 144,000 Jews to give their testimony, (Revelation 7:4) Then a number which no man can number. (Revelation 7:9)

Eternity is too short to utter all the praise. Each soul will be given time to tell his story. We will have all of life’s perplexities explained to us. We will want to look up and talk to all the heroes of the bible.

I’m telling you heaven can only spare one-half hour of silence. The only part of eternity which was ever measured by an earthly timepiece is this half hour.

A HALF OF AN HOUR—-30 MINUTES: Not very much time. Doesn’t seem to be very important on today’s wage scale. But the half hours decide everything. They can decide eternity for us. What do we do with our half hours? They are pieces of eternity, and, We shall give an account of them.

How do we handle such a word as, “ETERNITY?” God, knowing that we could not understand it, Used it only once. (Isaiah 57:15) Then he used the words, “forever and ever.” (Revelation .5:14) Even this is impossible for us.

I would like to show you heaven in the dullest period of its history. Because we as mortals cannot endure it in all of its grandeur, It’s pomp, it’s splendor, it’s resonance. That is reserved when this mortal shall have put on immortality.

Let us take a look around, The inhabitants are all at home. First, the King’s Palace, To see the King. To see him smile upon us as he welcomes us. Apostolic row. We see their names engraved on their house. (Revelation 20:14) There is one for Abraham One for Isaac, One for Jacob, One for Moses, One for Elijah, One for David, Row upon row of Old Testament characters.

We would like to take time to visit each one but we only have a half hour. There is the wide boulevard where the Martyrs live. Then a huge structure, “The House of Many Mansions.” The river of life, pure as crystal. We see the wall of Jasper, The streets of pure gold clear as glass, The huge gates of pearl.

There are no hospitals, No old folks homes, No graveyards, No poor houses. Look at the faces of the people, All smiles, happy, radiant, beautiful. You would say, “Let me stay here where there is no suffering, No sin, and no sorrow.” But, For The Time Being, We Must Come Back For We Are Still Mortals.

The Half Hour Is Almost Over. The white horses are being hitched to the chariots. The Seraphims are reaching for their harps, Getting ready for the symphonies. The conquerors are reaching for the trumpets. Heaven is about to resume, for all eternity it’s glory and splendor. Till your work is done, Shoulder your burdens, Fight a little longer, Weep just a bit more.

Then heaven, not in its dullest half hour, But in all of its splendor, Take it a world without end. Hope you enjoyed reading this study and will read the other articles on our website.