The Gifts of the Holy Spirit Lesson 2 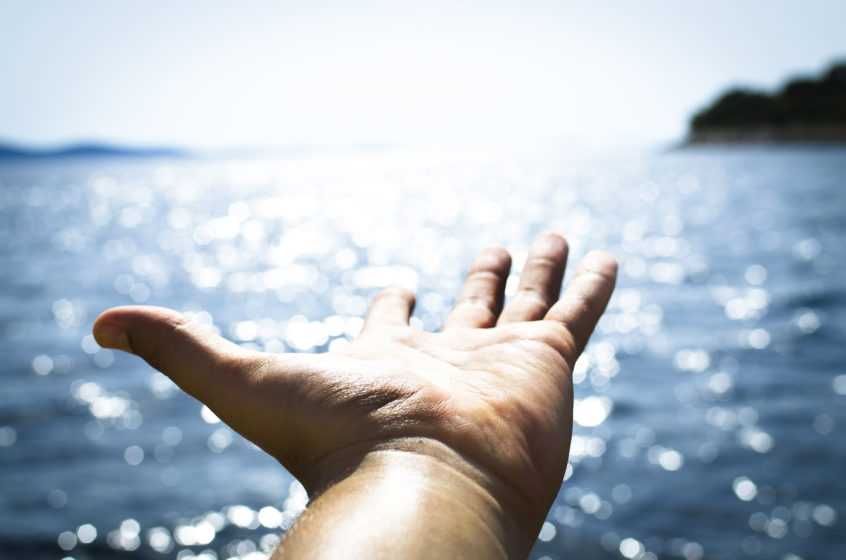 The Gifts of the Holy Spirit

Definition: Supernatural Holy Spirit has given ability to both stands (ask, pray) in the gap for others and encourage, console, strengthen, instruct, and comfort whoever. “or the one exhorting, in the encouragement (exhortation);

“Or he that exhorteth, on exhortation ( encouragement & praying)):….”

A. Standing in the Gap for Others

” And besought him greatly, saying, My little daughter lieth at the point of death: I pray thee, come and lay thy hands on her, that she may be healed; and she shall live. Mark 5:23 (KJV)

A person stands in the gap by praying, laying on of hands, casting out demons, etc.

” And besought him that they might only touch the hem of his garment: and as many as touched were made perfectly whole. ” Matthew 14:36 (KJV)

“And he took him aside from the multitude and put his fingers into his ears, and he spits and touched his tongue;” Mark 7:33 (KJV)

“And whithersoever he entered, into villages, or cities, or country, they laid the sick in the streets, and besought him that they might touch if it were but the border of his garment: and as many as touched him were made whole.” Mark 6:56 (KJV)

“And, behold, there came a man named Jairus, and he was a ruler of the synagogue: and he fell down at Jesus’ feet, and besought him that he would come into his house: 42 For he had one only daughter, about twelve years of age, and she lay a dying. But as he went the people thronged him.” Luke 8:41-42 (KJV)

“And after the reading of the law and the prophets, the rulers of the synagogue sent unto them, saying, Ye men and brethren, if ye have any word of exhortation for the people, say on.” Acts 13:15 (KJV)

“And when he had gone over those parts and had given them much exhortation, he came into Greece, ” Acts 20:2 (KJV)

” Now we exhort you, brethren, warn them that are unruly, comfort the feebleminded, support the weak, be patient toward all men. ” 1 Thessalonians 5:14 (KJV)

“And many other things in his exhortation preached he unto the people. ” Luke 3:18 (KJV)

Definition: Beyond normal God has given faith (Heb 11:1) into supernatural, Holy Spirit given faith for a specific circumstance.

I found only one verse on the gift of faith. There may be more

28 And God hath set some in the church, first apostles, secondarily prophets, thirdly teachers, after that miracles, then gifts of healings, helps, governments, diversities of tongues.

A Related Word by Thayer’s/Strong’s Number: from kubernao (of Latin origin, to steer)

Governments -. Dr. Lightfoot contends that this word does not refer to the power of ruling, but to the case of a person endued with a deep and comprehensive mind, who is profoundly wise and prudent; and he thinks that it implies the same as discernment of spirits, 1Co_12:8 (note).

And we beseech you, brethren, to know them which labour among you, and are over you in the Lord, and admonish you; 1 Thessalonians 5:12 (KJV)

Or he that exhorteth, on exhortation: he that giveth, let him do it with simplicity; he that ruleth, with diligence; he that sheweth mercy, with cheerfulness. Romans 12:8 (KJV)

Then pleased it the apostles and elders, with the whole church, to send chosen men of their own company to Antioch with Paul and Barnabas; namely, Judas surnamed Barsabas, and Silas, chief men among the brethren: Acts 15:22 (KJV)

Remember them which have the rule over you, who have spoken unto you the word of God: whose faith follow, considering the end of their conversation. Hebrews 13:7 (KJV)

Obey them that have the rule over you, and submit yourselves: for they watch for your souls, as they that must give account, that they may do it with joy, and not with grief: for that is unprofitable for you. Hebrews 13:17 (KJV)

Salute all them that have the rule over you, and all the saints. They of Italy salute you. Hebrews 13:24 (KJV)