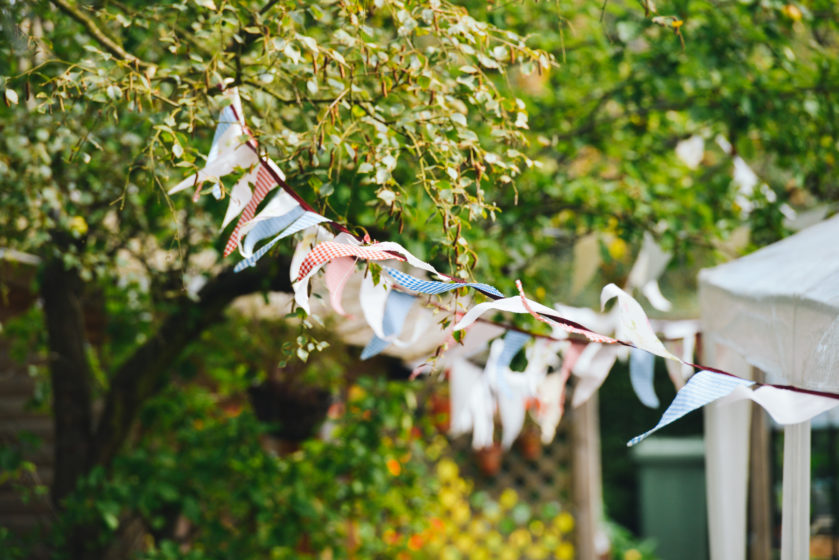 THE FESTIVAL OF BOOTHS

On the first day of the month, New Year’s Day, the Israelites heard the laws for the first time. They took inventory of their lives and the reading of the Law produced a great flood of tears. But the people were encouraged by their leaders to rejoice and feast together.

The Feast of Trumpets celebrated in the New Year. Other feasts followed closely on the religious calendar so that the next day important steps had to be taken.

14 And they found written in the law which the LORD had commanded by Moses, that the children of Israel should dwell in booths in the feast of the seventh month: {by: Heb. by the hand of}
Le 23:34,42; De 16:13

17 And all the congregation of them that were come again out of the captivity made booths, and sat under the booths: for since the days of Jeshua the son of Nun unto that day had not the children of Israel done so. And there was very great gladness.
2Ch 30:21

The years of captivity had taken their roll on the historic faith of the Jewish people. The second day of the year the heads of the families, priests, Levites and Ezra gathered for Bible study. They had forgotten much of their religious heritage. It must have been an exciting time as they rediscovered what their obligations were to God. This was like a new converts class The Jews needed teaching to give them a foundation for living as the people of God.

They found out that just 14 days away was another important festival called the Feast of Booths. It had commonly been called the Feast of Tabernacles although “tabernacles” is not a good description of the feast. They sent word throughout the cities immediately instructing everyone to cut down bough of myrtle, palm, wild olives and pine to fashion into booths. They were to come to Jerusalem and make these booths in their courtyards and on their rooftops as well as in the area of the Water Gate and the Ephraim Gate.

This festival was observed on the 15th day of the seventh month to commemorate the wandering of Israel in the wilderness. Features of the celebration included a holy convocation (assembly) on the first and eighth days and the offering of many animal sacrifices. The Israelites were also commanded to live in booths made of palm and willow trees during the festival to commemorate their period of wilderness wondering when they lived in temporary shelters.

It must have been quite a celebration as the feast commemorating the 40 years in the wilderness after 400 years of slavery… Now they had ended 70 years of captivity and the walls of Jerusalem were standing again. A dispossessed, defeated people had become a people again.

It is only the person who has been enslaved that can truly relate to what freedom means. I know for I had personally been enslaved to a life of drug addiction and in deep sin for many years It was only when I reached a point of extremity in my life that I realized my need of a Savior and came to Him. Jesus opened my eyes to the truth of His Word and I repented of my sins, got baptized in JESUS name, and received the gift of the Holy Ghost in my life. Praise His wonderful name.

Let’s go to chapter 9 of Nehemiah, but before we do I want to note something interesting. Chapter 9 of Ezra, Nehemiah, and Daniel are each are each devoted to the confession of sin by the nation and a plea for the grace of God.

2 And the seed of Israel separated themselves from all strangers, and stood and confessed their sins and the iniquities of their fathers. {strangers: Heb. strange children} Ezr 10:11; Ne 13:3,30

4 Then stood up upon the stairs, of the Levites, Jeshua, and Bani, Kadmiel, Shebaniah, Bunni, Sherebiah, Bani, and Chennai, and cried with a loud voice unto the LORD their God. {stairs: or, scaffold}

5 Then the Levites, Jeshua, and Kadmiel, Bani, Hashabniah, Sherebiah, Hodijah, Shebaniah, and Pethahiah, said, Stand up and bless the LORD your God for ever and ever: and blessed be thy glorious name, which is exalted above all blessing and praise.

Here goes the merry-go-round again. Now they have gone from the joy of the Feast of booths to an observance that once again focuses on their sins. They ended the Feast of Booths on the 22nd of Tishri and on the 24th they are wearing sackcloth and ashes and have begun fasting. The “seed of Israel” separated themselves from those who were foreigners and confessed their own sins and the sins of their fathers. They spent about 3 hours standing, as the Law of God was read and 3 hours confessing their sins and worshipping God.

Then the Levites who stood on the stairs, probably leading to the platform where Ezra spoke, called with loud voices for the people to stand and praise the Lord their God who is from everlasting to everlasting. We can’t say for sure that this is the Day of Atonement, but all the trappings of it are there and so is the attitude which the day created.

The tenth day of the seventh month was set aside as a day of public fasting and humiliation. On this day the nation of Israel sought atonement for its sin<LEV.23:27; 29:7 Num. 16:29;. The only fasting period required by the Law, the Day of Atonement was a recognition of man’s inability to make an atonement for his sins. It was a solemn, holy day accompanied by elaborate ritual.

The high priest who officiated on this day first sanctified himself by taking a ceremonial bath and putting on white garments. Then he had to make atonement for himself and other priests by sacrificing a bullock. God dwelt on the MERCY SEAT in the Temple, but no person could approach it except through the mediation of the high priest, who offered the blood of sacrifice.

After sacrificing a bullock, the high priest chose a goat for a sin-offering and sacrificed it. Then he sprinkled its blood on and about the mercy seat. Finally, the scapegoat bearing the sins of the people was sent into the wilderness. This scapegoat symbolized the pardon for sin brought through the sacrifice.

Our equivalent of the Day of Atonement is Calvary. On that day Jesus was offered, a willing sacrifice on a Roman cross, to cleanse us from sin. He was a high priest who offered His own blood as a remedy for sin. Christ is prophet, priest, and redeemer of a New Testament. Like the scapegoat, He bore our sins. The very word “atonement” means ‘covering”. The blood of Christ covers our sins and blots them out. Our acceptance of Him covers us in His righteousness so that we are acceptable to God. Hebrews say it correctly, “He is the author and finisher of our faith.”

It was not rebuilding the walls that made the people of Jerusalem acceptable in God’s sight. One would think God could be pleased, but it did not remove their sins. Salvation does not come by works. It was not the celebration of holy days and religious festivals that made the people pleasing to God. Religious rituals and observances is not the ground of reconciliation. It was not until the people stood and confessed their sins and separated themselves unto Him that they began to touch the heart of God.

How burdensome the time of Law must have been. You could have joy for a little while, but the weight of sin you carried surfaced time and time again. With it came mourning and confession, but never total release from its deadly effects. How badly the world needed Jesus to come and deal with sin forever. How thankful we should be that Christ was willing to ”
put away sin forever by the sacrifice of Himself”. Praise His wonderful name!

God bless you one and all as you study God’s
Precious Holy Word.

All Bible Studies are CopyWrite by Sis Phyllis Corbin