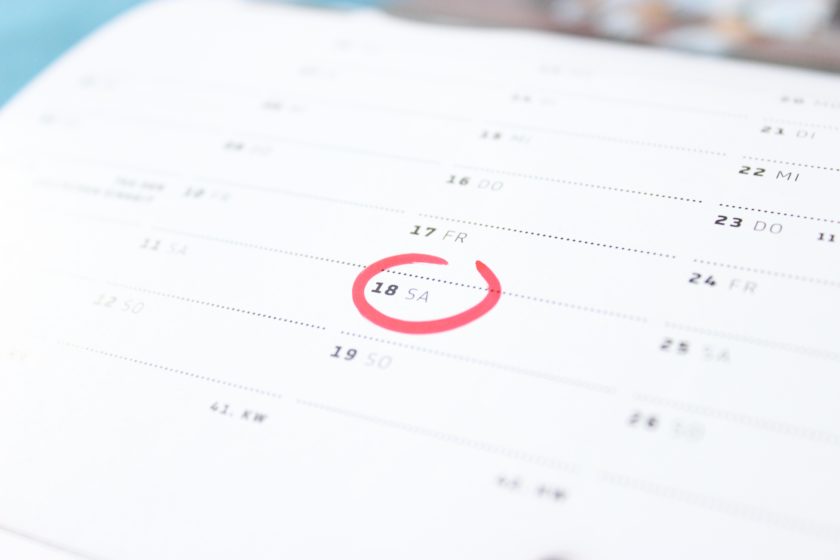 From out of the depths of the wisdom of God’s Old Testament laws we take our text.

After seven years the land was to lie fallow (uncultivated) in order for it to recover its fertility. After the seven years came seven times seven years, forty-nine years, and the fiftieth year was proclaimed a year of freedom by sounding of the ram’s horn.

Slaves went free, land alienated from its original owners reverted back to them, debts were canceled, and a new beginning made. It is not my purpose, however, fascinating though the subject is, to go further into the details of these laws.

“And seven Sabbaths of years shall be unto you forty and nine years.” (Leviticus 25:8).

At first sight, it appears that the verse says nothing, that it is entirely superfluous and meaningless. Has the Bible to inform us that seven times seven is forty-nine?

And yet there lies in this simple verse a profound moral and direct challenge to each one of us, there lies in it the reproach from which none of us can absolve himself, the reproach of wasted years and of lost opportunities, of tearful but futile regrets at the “years which the locusts have eaten” (Joel 1:4), of time that flies and cannot be recaptured.

How many of us can truly say that in their lives they have fulfilled the verse? “And The seven Sabbaths of years shall be unto you nine and forty years,” that to you seven times seven years has been forty-nine years, that in terms of true use of time, our day has been a day, our year a year, our cycle of seven years a true cycle, and that seven times seven has been forty-nine, so that at the approach of the fiftieth we can truly say, “ye can sanctify the fiftieth year?”

Those of you who have reached that fiftieth year, cast your minds back to the days and the thoughts of eager, enthusiastic youth when the world lay before you like an open book. Think back on the glorious ideals which infused you in those days, the resolutions of making something worthwhile of your lives, the determination which you had that you live not for yourselves alone, but for your people, for mankind; your resolve that you would, by your efforts, leave your world a better place than you found it.

Or rather does not a groan break involuntarily from your lips and you feel inclined to say, “Lord, have mercy on me, a sinner.” How have you spent your time, that precious, limited, fleeting thing which once it passes it’s beyond hope of recall?

It was that thought which gave rise to one of the most penetrating and striking statements of a famous and honored Rabbi, Sussya of Annapol.

That he was not what the potential Sussya of Annapol might have been. What a tale of lost opportunities lies in these words, and how much more true are they of us, than that of the Saintly Rabbi?

But if for those of you who have reached the fiftieth year, these considerations may give rise only to regret and disappointment, to those of you who still have the major portion of your life in front of you, you young men and women whom I am so well pleased to see attending service in increasing numbers, in your case they should give rise to a resolve that seven times seven will be forty-nine years to you, a resolve to make the best of your time.

What does one do in one’s spare time? Have you ever thought of the implications of the meaning of the word used in English to express the use of it? the word “pastime,” or the even more expressive American term, “To kill time.”

It is based on the assumption, which sorrowfully, in too many instances prove true, that time is an enemy, an unwelcome guest who hangs heavily on your hand, and who has to be getting rid of either by escaping from it, and thus indulging in a “pass time,” a “passing of time,” or by killing it, and thereby  “killing time.”

It suggests a total inability profitably and usefully to employ one’s time, with its natural consequence of our days being burdens and our years not years.

In the last half-century, the remarkable development of mechanical inventions under the impetus of war has rendered it possible for working hours to be shortened and reduced. People have far more time off from their occupations than any generation before us. Some jobs provide weeks and weeks of paid vacation which is a great thing for the working man or woman.

Yet that brings us to the grave question of how is the man to use his leisure?

Experience has shown that man is hopelessly unfitted and untrained for the right use of his leisure, that if he finds himself with time to spare, that time hangs heavily on his hands that, without knowledge of how to employ it usefully, he must inevitably turn to ways of degeneracy and demoralization.

“Distraction” becomes the order of the day, to distract one’s mind from the painful agony of time. He must resort to an opiate (something that dulls the senses and induces relaxation), or a drug, to take his mind away from that pain.

Satan has filled the airwaves with ads and programs designed to captivate the mind and thereby lure one to their way of thinking and thereby “stealing” your time. Thousands of hours of “spare time,” or “pastime,” is “killed,”
or used uselessly on non-enlightening subjects every year.

And thus the question of the right use of leisure becomes the most urgent question facing our generation; especially the older ones of us and our text comes to emphasize the fact.

Let us read and consider the words of Moses as recorded in the book of Psalms. Moses is an old man when this admonition and prayer was uttered. He could look back upon a long life in God’s service. He could also remember 40 wasted years in the desert of Midian keeping sheep for his father-in-law Jethro (Exodus 2:21; 3:1).

10. The days of our years are threescore years and ten; and if by reason of strength they are fourscore years, yet is their strength labour and sorrow; for it is soon cut off, and we fly away.

12. So teach us to number our days, that we may apply our hearts unto wisdom.

The scripture tells us that “Moses was content” (Exodus 2:21). Here was one of the highest educated men in the world (Acts 7:22) that was content to dwell in the desert of Midian, keeping someone else’s sheep for forty long years, fourteen thousand six hundred days and nights. A man who was at one time one of the wealthiest men who ever lived (Hebrews 11:26), but now was “content” with only a tent and no sheep of his own.

Only God knew what was shut up inside this “contented” man. Shut up inside him was the first five books of our Bible. Shut up in him was the ability to hear what God said and to write what God said, thereby becoming known as the “Great Law-giver,” bringing to the world written laws and commandments that are still used to govern the civilized world.

What would the world be like today if Moses had not heeded the call from God? I’m sure that God would have raised up someone else but in a different era.

Let us read what he had to say near the close of that long life. “So teach us to number our days, that we may apply our hearts unto wisdom” (Psalms 90:12).

Let seven times seven of your years be a fruitful forty-nine years. Let seven time seven of your years really become to you whole forty-nine years. Make of your time, instead of an unwelcome guest, an enemy, make of it a friend who gives you an opportunity to develop your mind to the fullest extent of your potentials, fitting you to be a worthy human being, a worthy Christian, a worthy citizen of the world.

Then indeed, and then only, “Ye shall proclaim liberty in the land to all its inhabitants” (Leviticus 25:10).

There will be a proclamation of liberty of the soul and spirit in the land.