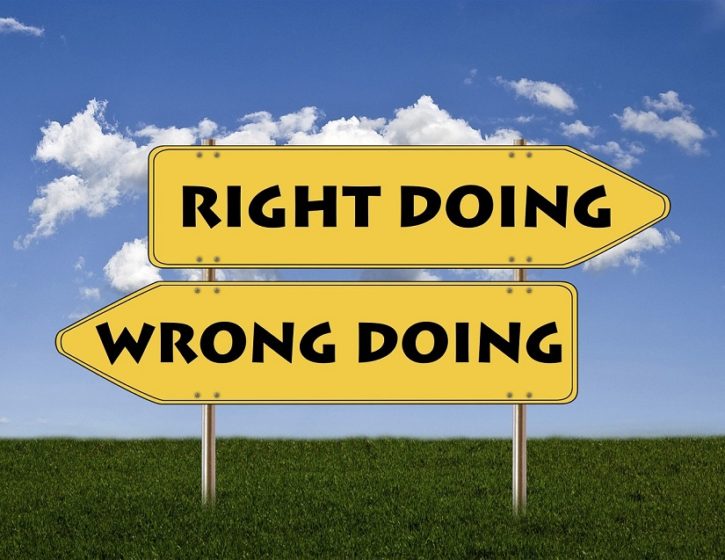 I used to run into a woman at Wal-Mart from my church named Lil. She worked there, and she seemed to be working every time I went to Wal-Mart. She was a very old woman (must have been in her 70’s or 80’s). Too old to be working. But she did.

She would recognize me every time too. I started going to my church when I was 14, I backslid at 16, and I spent several years away from my church. But Lil still always recognized me at Wal Mart. I don’t believe she really knew my name, but she knew I was one of “her people.” She remembered my face from my youth group.

Every time she saw me, she came right up to me, gave me a hug, and then right there in the middle of Wal Mart she’d start praying for me. She would get loud too and start speaking in tongues (even in her Wal Mart uniform)… People would look at her praying for me like she was a crazy woman. But I knew she wasn’t crazy.

I ran into her ALL the time at Wal Mart too. I do not believe that was by chance, I believe it was God himself and I believe he put it on her heart to lay hands on me and pray for me.

So one day a couple of years ago while sitting in church listening to the announcements, I heard one that completely threw me for a loop. Preacher says… “blah.. blah.. blah… And, Sister King (Lil) passed away on (day). Her funeral was (day) for those who didn’t know….. (and then onto the other announcements).”

I was shocked. I had no idea and I just had another one of mine and Lil’s revival in the middle of Wal Mart 2 weeks ago. I got up right then while he was talking and stormed off to the bathroom. I started bawling in the bathroom. What a rude way to announce a death. Did it cross anyone’s mind that just because some of us weren’t at the funeral that we wouldn’t care as much? I didn’t even know about the funeral. It was too late to go by the time her death was announced to me.

I was sad. But I also knew she was in heaven praising God just the way she did here on earth. I will never forget her and she touched my life in a way no other Christian ever has.

Some people do not understand why I still go to my church. “After all they have done to you”… Rubbish. I know why I go to my church. Because there are people like Lil at my church, and if you look in their eyes, you can see God.

People do not understand Christians. They don’t realize that Christians make mistakes too. And yes, there are people at my church who have hurt me in ways they shouldn’t have. But I can probably name a time that everyone in my family has hurt me too, does that mean that I stop loving them or stop being a part of my family? No way.

I can change churches because of the things that have happened in the past. But what for? I am bound to run into issues no matter WHERE I go. That goes for work, home, church… the general public. Why run from the people who love me? Mistakes or no mistakes, I know that I am loved at my church by those who really matter most. Sure, there are some people there that I flat out can’t stand and there are hypocrites too. But guess what? Those people exist at EVERY church. There is no one worth trading your salvation for right?

I hear so many people say they don’t go to church because of hypocrites. It is sad that they would trade their salvation based on the mistakes they see a person of flesh and skin make. Christians are apparently expected to be as perfect as Christ, and that’s just not possible. Besides, there are hypocrites everywhere you go. That is just a fact of life. Are you going to quit your job because you work with hypocrites?

So I have the concept down… I just need to get some consistency on actually going to my church and things should smooth out. I am lazy though and easily discouraged. I give up when Dale loses interest in church.

But I can still see Lil’s face… her image is forever burned into my memory and I believe that somehow, her prayers will not go down in vain. She risked a lot to pray for me. When I put it like that, I guess Jesus risked a lot too. Hopefully, His sacrifice for me will not be in vain either.

Generated By the Word

How did I get into this pits?