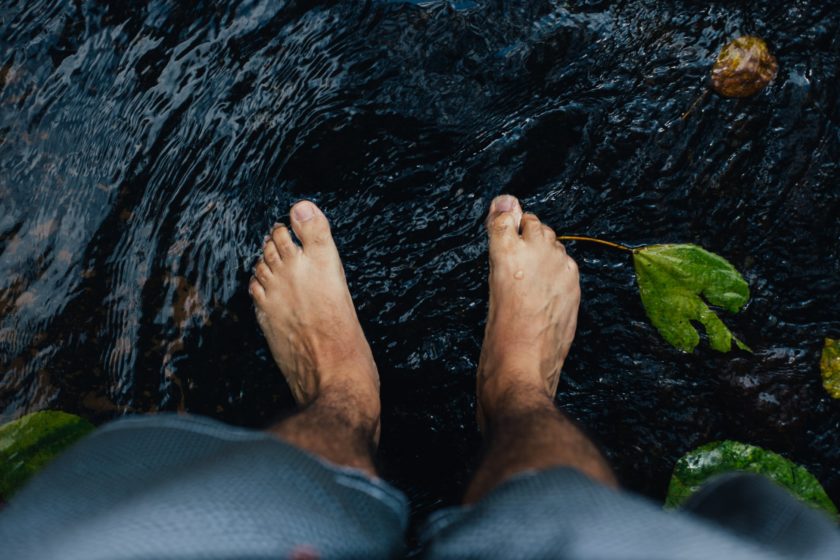 “WHAT MEAN YE BY THIS SERVICE?”

We want to practice each because the Bible teaches us to. But we also want to understand them so we can obtain the full blessing of each.

John, of all those who were present, was the only one that recorded the incident, of Jesus washing his Disciple’s feet.

In any study of Jesus’ teaching, the story of that last night of his earthly life must fill a very large place. John alone tells it fully, so much indeed that it practically forms nearly one-fourth of his Gospel.

Several key things we want to take note of.

1. Jesus’ love for his disciples prompted it.

2. The foot washing took place immediately after the communion feast.

3. There was friction among the twelve about who should be the greatest among them.

4. Judas was in the process of betraying Jesus.

5. Jesus’ love for his disciples prompted him to teach them a lesson concerning humility.

6. Jesus condescends to the role of a servant or slave.

7. The lesson Peter and all of us learn from this.

In the first verse of John chapter thirteen, we are made aware of some of the things which were going on in the mind of Jesus at this particular hour.

John 13:1a. “Jesus knew his hour was come that he should depart out of this world unto the father,..”

Jesus knew that the time of his death had arrived. In most cases, this is wisely hidden from us, but he knew the hour and the minute. “He knew his hour was come…” comparatively speaking, he was already within the deadly hour, and had only a few minutes between him and the deadly conflict.

He knew the awful circumstances of his death. He knew that it would be by crucifixion, with all its physical pain, public shame, and insult. But the physical suffering and torture were but a faint shadow of his mental and spiritual agony, which could only be known and fully realized by Himself.

But in his knowledge, there were some alleviating features.

He knew that in his death he would be going home… He had lived in this world thirty-three and one-half years, and he had made some close friends.

John 13:1c. “…Having loved his own which were in the world, he loved them unto the end.”

His Disciples were especially his own. His Disciples were the children of His care and mercy, the product, and property of His love. They were bought with a price; the price would be paid, he would lay down His life for them. (1 Peter 1:18-19)

This last evening and night with his disciples was a cherished moment for him.

Luke 22:15. “And he said unto them, with desire I have desired to eat this Passover with you before I suffer.”
16. For I say unto you, I will not any more eat thereof, until it is fulfilled in the Kingdom of God.”

He wanted these last few hours with them to be a time of intimate fellowship. He had so much to tell them. He wanted to share secrets with them concerning heaven and the coming of the Holy Ghost, but the atmosphere was clouded.

The little fellowship came into the room that night divided. In fact, there was contention among them. Arguing and bickering among themselves.

Judas was in the process of betraying him, having gone to the High Priests to make a deal with them. It seems that during the supper his mind was made up to do the deed. Jesus used these last few moments with him to give him the opportunity to remain true to him.

The mother of two of them (James and John) had asked that her sons set in a place of honor in the kingdom (Matthew 20:20-28). Luke tells us about it in Luke 22:24. “And there was also a strife among them, which one of them would be accounted the greatest.”

This little group of men, the greatest fellowship the world had ever known, seated at the table with the greatest host the world had ever had, had come with worldly ambitions on their mind. It is remarkable that in such a season this dispute could have arisen at all, having, undoubtedly, broken out on more than one occasion. (Mark 9:33-34)

Jesus, knowing that he could not get their minds on heavenly things as long as there was strife among them concerning which one of them was the greatest, decided to teach them a lesson on humility, this he did in the midst of the feast.

HE TOOK UPON HIMSELF THE ROLE OF A SERVANT:

In John’s account of it, every word forms a distinct picture.

John 13:4. “He riseth from the supper, and laid aside his garments, and took a towel, and girded himself.”

He divested himself of his outer garment. He took off the seamless garment which the soldiers would cast lots for. He laid aside the robe or frock which they were all accustomed to seeing him wear. It was a designation of the office of Rabbi, a distinguishing mark of a Prophet, or Master.

“and took a towel, and girded himself.”

In this attire, he was to appear, and literally to act after the fashion of the humblest slave (many were forbidden to wear clothes, only wrapping a cloth around themselves). John 13:5. “After that, he poured water into a basin, and began to wash the Disciple’s feet, and to wipe them with the towel wherewith he was girded.”

What condescension, what humility:

The apostle Paul said it best in,

Philippians 2:5. “Let this mind be in you, which was also in Christ Jesus.
6. Who is in the form of God, thought it not robbery to be equal with God.
7. But made of himself no reputation, and took upon him the form of a servant, and was made in the likeness of men:”

He came down from heaven, not just came from heaven, he represented heaven in all of its glory, he was heaven. God manifest (made known) in the flesh. The Almighty became a servant. The Master stooped to serve, to wash his Disciples feet.

Clement of Alexandria, writing about a hundred years later, made this statement, “The Lord ate from a cheap bowl, and he washed his disciple’s feet with a towel about him–the lowly-minded God and Lord of the universe. He did not bring a silver foot-bath from heaven to carry about with him.”

We do not know which one of the disciple’s feet Jesus washed first, who was second, and so on down the line, but I’m sure that all the bickering ceased, all strife was forgotten, all contentions, all arguments ceased as one by one they had their feet washed by our Lord.

No one seemed to say a word, no one offered to relieve him of this menial task he had undertaken until he came to Simon Peter.

Peter, always impulsive, never one to be tongue-tied, but always quick to blurt out everything in his mind. This was more, by far, than he could stand. I’m sure, at the first, he stared in a kind of stunned amazement, as though he could not believe what was happening.

John 13:6. “Then he cometh to Simon Peter: and Peter saith unto him, “Lord, doest thou wash my feet?” “do you intend to wash my feet?”

John 13:7. “Jesus answered and said unto him, “what I do thou knowest not now; but thou shalt know hereafter.”
8a. Peter saith unto him (with more emphasis than before), “thou shalt never wash my feet.”

Peter was sincere, and in this statement was acknowledging the superiority of Jesus over him. Jesus’ reply went far beyond this purely symbolical washing, and gave it a moral significance.

Jesus is saying, “You will have no portion, no share, no communion, no common inheritance with me in the honors and blessings of the kingdom.”

“This is a symbol of my love to you, and of what is to be your loved one to another; if you refuse to accept it from me, you will then have no part with me in the manifestation of the spirit of self-sacrificing love which I have come to inaugurate.” Peter began to grasp the true meaning of Jesus’ statement and he reacted more forcibly.

Simon Peter suddenly felt the weakness and sinfulness of the old human nature and he cried out for the Lord to cleanse him entirely. Jesus’ answer to him shows that he is speaking of something far more important than the foot washing.

Foot washing has a deep spiritual meaning which we need to understand also.

John 13:10. “Jesus saith to him, “he that is washed needeth not save to wash his feet, but is clean every whit: and ye are clean, but not all.”
11. For he knew who should betray him; therefore said he, “ye are not all clean.”

They had been washed (baptized) from the defilement of their old nature, they had undergone a thoroughly moral and spiritual change by their union to Christ. They were reconciled and cleansed; they did not need a fundamental change to be wrought daily. Just as a man, who had a good bath, only requires the removal of the soil contact in the daily walk.

So is a man who has been regenerated and washed by the blood of the lamb, is forgiven and clean, need not a total regeneration, but a daily cleansing of his trespasses.

THE LESSON OF THE FOOT WASHING:

John 13:12. So after he had washed their feet, and had taken his garments, and was set down again, he said unto them, “know ye what I have done to you?”
13. Ye call me Master and Lord: and ye say well; for so I am.
14. If I then, your Lord and Master, have washed your feet; ye also ought to wash one another’s feet.
15. For I have given you an example, that ye should do as I have done to you.
16. Verily, verily, I say unto you, the servant is not greater than his lord; neither he that is sent greater than he that sent him.
17. If ye know these things, happy are ye if ye do them. (KJV)

In this act of Jesus washing his disciple’s feet, we see a manifestation of God. God was manifested to men not only in the words, but in the life of Jesus, and in no other way could he have been more fully revealed.

The example is in principle more than in the specific act. The example is to be a token of humility, condescension, love, patience. It is something that is to be constantly imitated by all true disciples. It is to be done by all Christians one to another.

The true Christian follows his master example and will take advantage of such opportunities. Remember he took the form of a servant, and he lived the life of a servant.