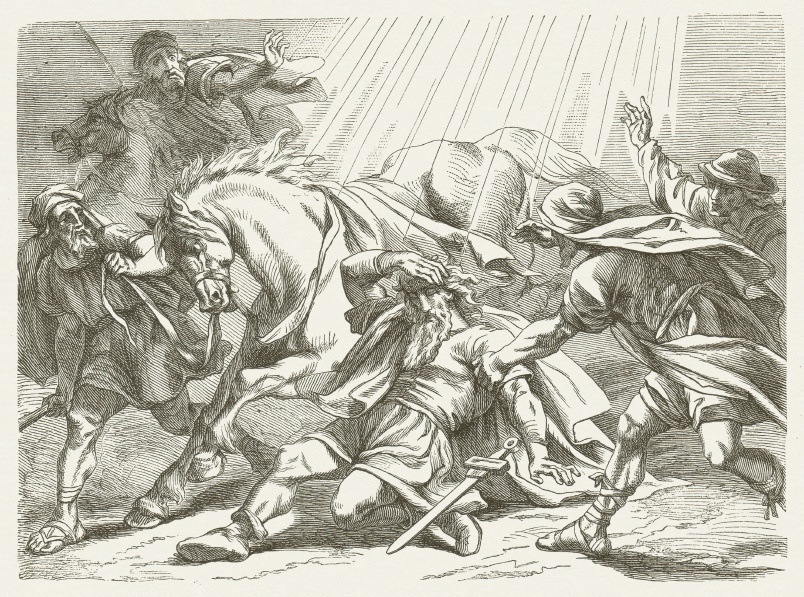 In Acts chapter nine we read of the miraculous conversion that transformed Saul of Tarsus into what would eventually become the Apostle Paul.

To question the sincerity or fervency of Saul would be pointless. He was so fervent and sincere that he persecuted those who seemed to be attacking his faith and experience. He was of the seed of Abraham. He was of the sect of the Pharisees, which means he was of the most fundamental, spiritual and righteous of the Jewish religion.

However, sincerity and fervency does not equal truth or right. But wrong on one point can make you wrong on everything. This is the case with Saul of Tarsus.

If you study this Ninth Chapter of Acts you see the focus of Saul’s persecution was about those that call on the Name of Jesus. Can you imagine what it meant to Saul when he asked, “Who are you Jehovah?” and the response was, “I am Jesus whom you are persecuting.” Imagine that. The target of his tenacious and violent behavior was in fact completely off because he was misinformed and lacked revelation.

A bright light shone a voice spoke and someone led him to a home to consider. For three days he considered the implication of this Revelation. Everything he was and everything he had would be lost on his profession of Faith in the Name of Jesus Christ. From being a Jewish Hero to one hated by the Jews and viewed suspiciously by the church for some time.

This conversion would cost him everything. It would change everything.

God speaks to Ananias to go pray for Saul. Ananias could have judged Saul’s future by his past… but that would have been wrong. God was doing a transformation. The greatest Enemy of the Church would become the Greatest Apostle of the Same Church.

Don’t discount the work of the Holy Ghost. On those who look untouchable. To those who seem unreachable. God can do in a moment a work of transformation that can literally blow your mind.

Imagine the Apostles when they heard of this. The scripture shows us they were skeptical and required the work of an Advocate in the person of Barnabas to have this man who would become… to be accepted by those who were a part of the establishment.

In time, because of this man’s transformation he was able to work in unity of spirit and purpose with these same men. He did not judge them for their slowness to accept them. They did not in time judge him by his past.

As I have heard it said, “Overnight, it can be alright.” God can literally flip the script and everything can be different.

Today while preaching this message a man whose face was hard and demeanor was non chalant threw himself on the altar and prayed fervently for a long time. He was baptized and his response again was amazing. His mother said, “I have never seen him act this way… he has never even been baptized.” A living example of what can happen when a dynamic move of God changes the destiny of an individual.

God is still in the Transforming Business!

I Believe in Transformation.