Dedicating the Wall of Jerusalem 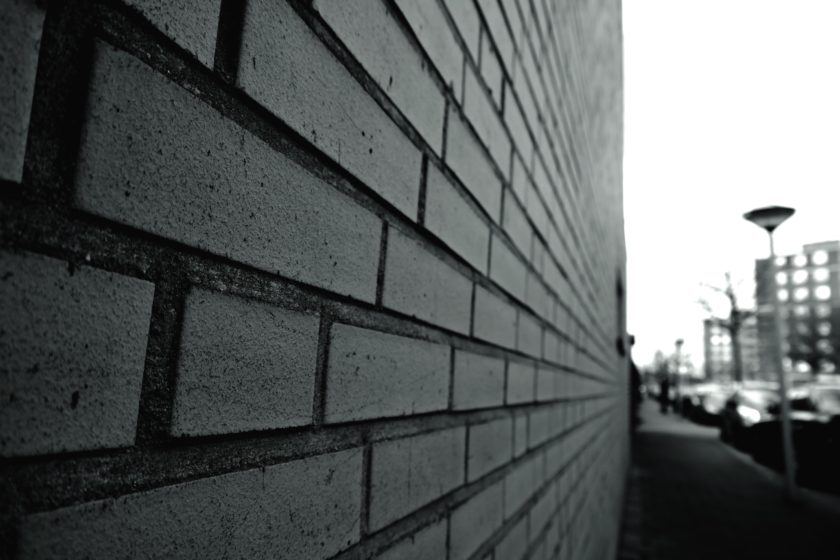 Dedicating the Walls of Jerusalem

Bible Study from the Book of Nehemiah

In Nehemiah 6:15 the wall of Jerusalem was reported finished after 52 days in the building. Nehemiah and his band of courageous people had overcome many obstacles. They had faced attack from the outside and rebellion for within. Every enemy and issue had been overcome because the people had a mind to work and because Nehemiah was a God-anointed leader operating with Gods grace and blessing on his life.

The last few weeks have been spent putting the religious life of the nation back on track. They had rejoiced in their freedom and lamented their sins. They had worn the sackcloth and thrown the ashes upon themselves. Long- neglected festivals were reinstated of Israel.

The wall up and the religious life of the nation recovering, it was time to dedicate the wall and give thanks to God for His strong arm of protection. It is sad when people lose the sense of thankfulness in their lives. Of the ten lepers Jesus cleansed, only one returned to thank Him. Paul warned Timothy of a generation which would rise that would be unthankful. I have heard of people who refuse to say grace since somebody other than themselves is being recognized as the provider of their food. I worked hard for this food. If anyone gets thanked, thank me.

We must never lose our sense of gratitude for the blessings of God and especially for salvation When we take our salvation for granted it is time for a fresh trip to Calvary. We need to look long and hard at the tremendous price that was paid to release us from our sins It is strange that when we get to the cross and truly see it as we should, there is a greater sense of appreciation for what God has done and the value of things around us seems to diminish.

In the intervening verses since we last looked at Nehemiah, he has moved to make sure Jerusalem has enough inhabitants. He wanted to ensure that there was good city leadership, priests, gatekeepers, and the general population to maintain the city. Then he set about numbering the various people and recording the villages that had been resettled.

But one important task could not be neglected. When Jerusalem became a city again and when the rubble and ruin became more like Davids capital, Nehemiah moved to dedicate the wall that had taken so much of his energy The order went out to all the priests, Levites and singers to come to Jerusalem for this great occasion. With some kind of ritual, they purified themselves and got ready for the occasion.

Of Abijah, Zichri; of Miniamin, of Moadiah, Piltai; 18 Of Bilgah, Shammua; of Shemaiah, Jehonathan; 19 And of Joiarib, Mattenai; of Jedaiah, Uzzi; 20 Of Sallai, Kallai; of Amok, Eber; 21 Of Hilkiah, Hashabiah; of Jedaiah, Nethaneel. 22 The Levites in the days of Eliashib, Joiada, and Johanan, and Jaddua were recorded chief of the fathers: also the priests, to the reign of Darius the Persian. 23 The sons of Levi, the chief of the fathers, were written in the book of the chronicles, even until the days of Johanan the son of Eliashib. 24 And the chief of the Levites: Hashabiah, Sherebiah, and Jeshua the son of Kadmiel, with their brethren over against them, to praise and to give thanks, according to the commandment of David the man of God, ward over against ward. 25 Mattaniah, and Bakbukiah, Obadiah, Meshullam, Talmon, Akkub, were porters keeping the ward at the thresholds of the gates. 26 These were in the days of Joiakim the son of Jeshua, the son of Jozadak, and in the days of Nehemiah the governor, and of Ezra the priest, the scribe. 27 And at the dedication of the wall of Jerusalem they sought the Levites out of all their places, to bring them to Jerusalem, to keep the dedication with gladness, both with thanksgivings, and with singing, with cymbals, psalteries, and with harps. 28 And the sons of the singers gathered themselves together, both out of the plain country round about Jerusalem, and from the villages of Netophathi; 29 Also from the house of Gilgal, and out of the fields of Geba and Azmaveth: for the singers had built them villages round about Jerusalem. 30 And the priests and the Levites purified themselves and purified the people, and the gates, and the wall.

The scene must have been a striking one Nehemiah assembled the people in two groups outside the wall and sent them in two directions.

One group went to the right :

31 Then I brought up the princes of Judah upon the wall, and appointed two great companies of them that gave thanks, whereof one went on the right hand upon the wall toward the dung gate: 32 And after them went Hoshaiah, and half of the princes of Judah, 33 And Azariah, Ezra, and Meshullam, 34 Judah, and Benjamin, and Shemaiah, and Jeremiah, 35 And certain of the priests’ sons with trumpets; namely, Zechariah the son of Jonathan, the son of Shemaiah, the son of Mattaniah, the son of Michaiah, the son of Zaccur, the son of Asaph: 36 And his brethren, Shemaiah, and Azarael, Milalai, Gilalai, Maai, Nethaneel, and Judah, Hanani, with the musical instruments of David the man of God, and Ezra the scribe before them. 37 And at the fountain gate, which was over against them, they went up by the stairs of the city of David, at the going up of the wall, above the house of David, even unto the water gate eastward.

The other group went to the left:

38 And the other company of them that gave thanks went over against them, and I after them, and the half of the people upon the wall, from beyond the tower of the furnaces even unto the broad wall; 39 And from above the gate of Ephraim, and above the old gate, and above the fish gate, and the tower of Hananeel, and the tower of Meah, even unto the sheep gate: and they stood still in the prison gate. 40 So stood the two companies of them that gave thanks in the house of God, and I, and the half of the rulers with me: 41 And the priests; Eliakim, Maaseiah, Miniamin, Michaiah, Elioenai, Zechariah, and Hananiah, with trumpets; 42 And Maaseiah, and Shemaiah, and Eleazar, and Uzzi, and Jehohanan, and Malchijah, and Elam, and Ezer. And the singers sang loud, with Jezrahiah their overseer. 43 Also that day they offered great sacrifices, and rejoiced: for God had made them rejoice with great joy: the wives also and the children rejoiced: so that the joy of Jerusalem was heard even afar off. 44 And at that time were some appointed over the chambers for the treasures, for the offerings, for the firstfruits, and for the tithes, to gather into them out of the fields of the cities the portions of the law for the priests and Levites: for Judah rejoiced for the priests and for the Levites that waited.

It must have been quite a sight to see these two processions of leaders and priest walk on top of the wall complete with singing and then come to a halt in the temple. On that day there were a great number of sacrifices. But Verse 43 is the notable verse. The KJV is a little better than the NIV for in it the word joy is used five times.

Why there was much joy:

1. The city had a wall of protection around it from its enemies.

2.The people had demonstrated they could do something as a unit again They had worked together and had rebuilt a wall despite the opposition.

3. They rejoiced because they had only the Lord to thank for their success.

We are often swift to agonize over our defeats. We can bathe others in pity and we seem to be drawn like flies to adversity and sadness. At times we are far more adept at weeping than smiling. We should be more devoted to celebrating our victories. We should know how to celebrate and give thanks when we have passed hurdles in our Christian life. When a new convert beats a temptation there is a reason to be happy. When God blessed our life we should celebrate. When we have built a wall it is not enough to stand at the bottom of it and look up at it and admire its strength Get up on that wall and celebrate. Dedicate the walls we build to the Lord.

Joy is infectious. Sad-faced Christians are the worst advertisement for the Gospel there is. People want to catch joy. People need a reason to be happy. When God has raised us up from the rubble of our own lives let us noise it abroad as in Jerusalem so that the sound and the joy is heard even afar off.

People let us rejoice that we have found the source of our joy in Jesus and let people know what it is and how to find it. Lead them to the wonderful plan of salvation in Acts 2:38 and by our very lives show them that it works

All Bible Studies are Copy Written by Sis Phyllis Corbin